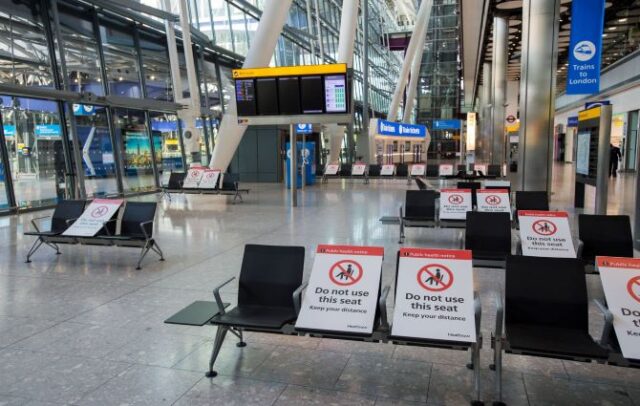 Ross Tomkins MD of British Healthcare company Salutaris People, which provides rapid PCR testing at Liverpool John Lennon Airport, has today warned that holidaymakers and airline passengers will face even more delays and disappointment to their holiday and travel plans this summer, as the laboratory testing system is pushed to capacity and the brink of collapse.
His comments come as the major Covid testing laboratories face an unprecedented demand in PCR testing. Tomkins warned of the very real situation that is now unfolding as holidaymakers miss flights and test results are delayed or lost, alongside a huge upsurge in ‘unclear’ test results.

The chaos has been caused by the Covid laboratory testing system being overwhelmed with the rise in self-administered postal PCR test kits that airline passengers and holidaymakers need to take prior to departure. Laboratories have been unable to cope with the deluge of test kits following the Government’s gradual lifting of air travel restrictions.

Salutaris People has reported a significant increase in bookings for its testing service as a result of passengers whose PCR tests have been lost, whose results have been delayed and who have received ‘unclears’. The company has its own rapid PCR testing facility and on-site laboratory at Liverpool John Lennon Airport and a private Covid test suite at Wilmslow, which provides testing for passengers departing from Manchester Airport.

“Last week we processed 150 tests booked by airline passengers and holidaymakers, all of whom had their PCR tests lost, delayed or returned ‘unclear’. Many of those people were also due to take flights and start their holidays within days. We were able to offer those passengers rapid express 3-hour testing and 24-hour testing, which in turn enabled the passengers to catch their flights on time. As we have our own laboratory on site at Liverpool, we can process rapid tests for customers quickly and efficiently. Our tests are administered on site by trained healthcare professionals, which drastically reduces the risk of ‘unclears’. As the tests are processed through our on-site lab, they cannot get misplaced or lost, so customers are reassured their testing is safe and secure with us. “It is clear to see that the laboratories are overwhelmed with the sheer volume of testing kits being sent in by airline passengers eager to get away on holiday. As a result of this, the labs are losing test kits or mixing up test results, while others are being delayed and a large percentage are coming back with ‘unclears.’ When an ‘unclear’ happens, it is either down to the test being self-administered or due to leakage in transit.” Tomkins added: “Not only is this frustrating for airline passengers, but it’s also costly having to take secondary testing. It is also creating chaos and anxiety for airline passengers when all they want to do is jump on a plane and take a holiday. We can clearly see that the laboratory testing is now at capacity and is on the verge of collapse. This is only going to get worse, rather than better, and will lead to many disappointed holidaymakers and airline passengers, whose plans could be seriously affected.”

The company has also warned that as air travel unlocks, with more countries transitioning to ‘green’, the testing requirements on the laboratories will increase significantly. Salutaris People has trained healthcare professionals who administer PCR tests to passengers at its Liverpool and Wilmslow test suites, where test results can be processed immediately at their on-site laboratory. This means test results are done in record time and there are no delays in the postal or courier system. Most importantly, as the tests are carried out by healthcare professionals, the risk of ‘unclears’ is drastically reduced. Ultimately this saves airline passengers from any inconvenience and from having to pay for secondary testing.

Ben Paglia, MD of AKEA Life, who are the clinical testing partners to Salutaris People, said:

“We understand that the laboratories are running at capacity at the moment, which is due to the demand for PCR testing that has been created through the airlines and package holiday market. The reduction in the price of testing, coupled with a pent-up desire for air travel and holidays, has created volume demand. At the same time, the number of ‘unclears’ of those self-administered PCR results has increased significantly. As the pressure is on to cope with that demand and volume, this has led to test results being delayed, with backlogs and tests being mixed up – and in many cases being lost. We know of one major laboratory who last week had lost 20 PCR tests in one day. “As the airlines and tour operators have elected to give passengers subsidised PCR tests, which they self-administer, this has also in turn led to a significant rise in the number of ‘unclears’ being returned. PCR tests need to be administered by a healthcare professional to ensure they are done correctly and minimise the risk of ‘unclears’. “We are finding a growing number of passengers are booking with us as they do not want to take the risk or leave to chance a PCR test coming back ‘unclear’, or their test results being delayed or lost. They don’t want to risk missing their flight or losing their family holiday down to a testing issue.”

Holidaymakers and airline passengers who want to book a test through Salutaris Group can do so by simply logging on and booking a test through the TAG (Test Assurance Group) booking system. The test can be booked for either Liverpool John Lennon Airport or the Wilmslow clinic. Parking is provided for free right outside the test suites and the PCR test is administered in a matter of minutes by trained healthcare professionals. Depending on the service booked, results are returned either on a 3-hour express service or within 24 hours. As the laboratory is on site, testing can be done efficiently and quickly, preventing delays in test results.

The three-stage process to booking a Salutaris People test:

Stage 1: Passengers book a slot through Salutaris/TAG, opting for either a 3-hour express service or 24 hours via www.salutarispeople.com

Stage 2: Passengers travel to Liverpool John Lennon Airport or Wilmslow and drive up to the Salutaris People /TAG test suite with free car parking right outside the buildings.

Stage 3: A trained healthcare staff member will administer the PCR test in minutes. Results are then returned within 3 hours or 24 hours and a Fit To Fly certificate is emailed.

Salutaris People offer their service to all passengers flying from either Liverpool John Lennon Airport or Manchester Airport, but it’s also open to airline passengers who live in Liverpool, North Wales, Manchester and Cheshire and who may be flying from other UK airports to their holiday destinations.

The healthcare company is on the UK Government’s approved list of Covid-19 test providers. Salutaris People will have 5 clinics operating by mid-June as air travel restrictions are gradually lifted under the traffic light system. Liverpool John Lennon Airport and Wilmslow in Cheshire are operational, while Newcastle Upon Tyne, Stockton-On-Tees and Sunderland will be launching shortly. Both the Liverpool and Wilmslow sites will provide Covid-19 testing for airline passengers wishing to fly from Manchester Airport and Liverpool John Lennon Airport.

For more information on Salutaris People and to book a test, visit: www.salutarispeople.com 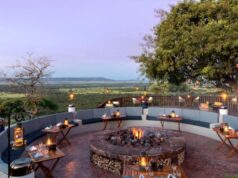 The planet we love, the Meliá project getting cus-tomers involved in combatting climate change