Αρχική Culture Three Successful performances from the Epidaurus Festival to be presented at the... 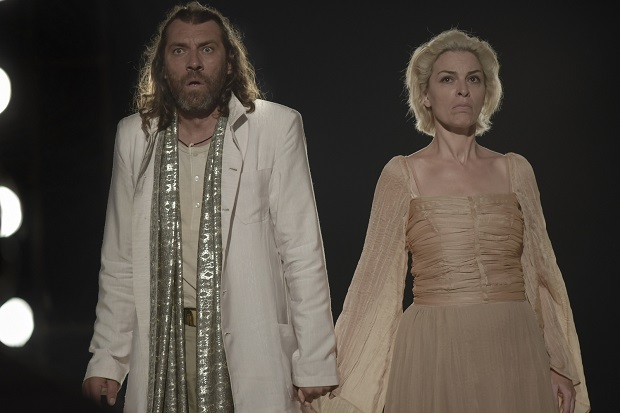 Three of the performances which took place at the Ancient Theatre of Epidaurus during the summer, will take place during the following days, at the Herodion Theatre.  Performances which indeed stunned their audiences and critics are to continue their tour in Athens stopping at the unique Ancient Roman Odeon.

Following Jezaris Graouzini’s successful play Seven of Thebes, he returns to Ancient Drama by directing the first of the trilogy of Oresteia of Aeschylus, Agamemnon.  Yiannis Stankoglou plays both Agamemnon and Aigisthou. Maria Protopapa plays the role of Climenistra.  Many other actors take part in this outstanding performance which was translated anew by George Blana.  Music by Harry Pegiazi. 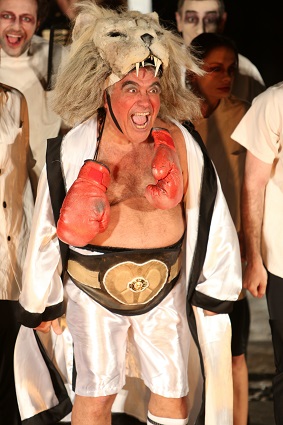 In Costas Philipoglou’s performance, the living slowly die as they fail to form myths which respect them.  In contrast to this, Hades is bubbling with life as its residents succeed in gaining distance from themselves.  The god Dionysus, transformed into Hercules, goes down to Hades in order to bring Euripides back to Earth because Athena has no great poet living still.  Despite the seriousness of the theme, it becomes quite comical.

Actors: Lakis Lazopoulos, Sophia Philipidou, Dimitris Piatas and Antonis Kafetzopoulos. Many others take part as well in this most amazing performance. 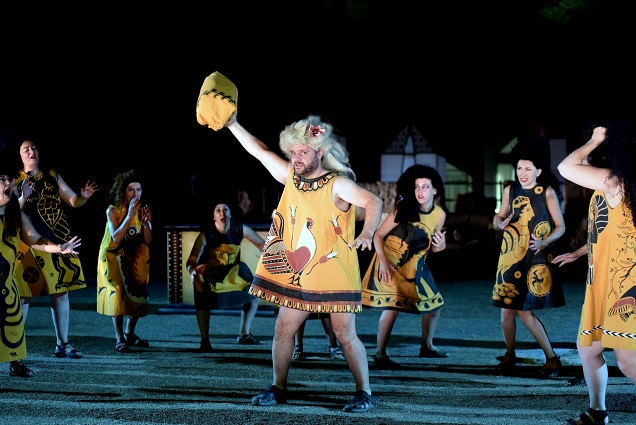 Euripides has been informed that during the celebration of the Thesmophoriazusae – a celebration exclusively for women – the women have decided to do away with him – angry at the way he presents women in his tragedies.  Following the refusal of the poet Agathonas to help him out, old Mnisilogos, comes to the rescue by dressing up as a woman and takes it upon himself to speak up for Euripides at the meeting.  However, he is found out and now Euripides not only has to defend himself, he also has to free his friend.