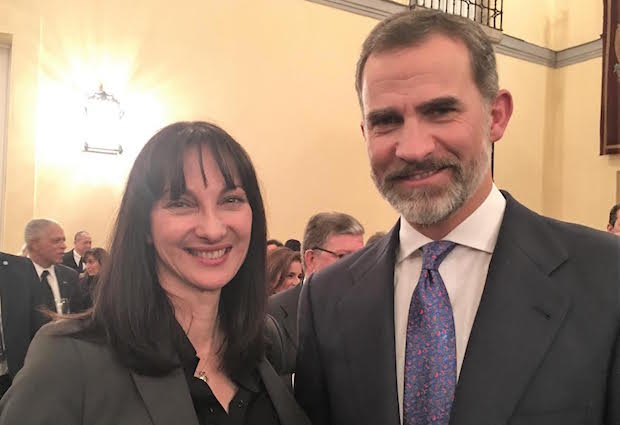 Tourism Minister Elena Kountoura represent Greece at the International Tourism Fair FITUR in Madrid, where the Greek National Tourism Organization participates with a stand, in order to enhance tourist traffic from Spain to Greece in 2017.

Ms. Kountoura had a short meeting with the King of Spain Felipe VI Palace Pardo, with whom she spoke about Greece and Greek tourism, at an event of the Royal Family of Spain in honor of Ministers and officials representing the States participating in FITUR.

At the Greek pavilion, the Minister met with representatives of Spanish and international travel industry and with with travel agencies that specialize in selling travel packages for Greece.

Minister Elena Kountoura will also give interviews to the Spanish media to promote Greece as an attractive global tourist destination.