At least 51 people — including at least 20 children — were killed when a massive tornado struck an area outside Oklahoma City on Monday afternoon, officials said.

A devastating mile-wide tornado hit the US state of Oklahoma on Monday, flattening neigbourhoods, causing widespread fires and landing a direct hit on an elementary school.

Homes and buildings were reduced to rubble in Moore, south of Oklahoma City. Cars were strewn across roadways and entire blocks were flattened. The local medical examiner’s office said 51 people had died, including seven children.

The National Weather Service said the storm measured an EF-4 on the enhanced Fujita scale, the second most-powerful type of tornado.

President Barack Obama declared a major disaster in Oklahoma. The state governor, Mary Fallin, deployed 80 National Guard members to assist with recovery operations as fears grew that many children would be among the dead. “Hearts are broken,” Fallin told a news conference.

Hospitals were treating more than 120 people, including 70 children. Some were in a critical condition.

The storm struck in a part of the US known as Tornado Alley.

Authorities said that Plaza Towers elementary school in Moore took a direct hit from the tornado. The winds whipped off the roof, knocked down walls and turned the playground into a mass of twisted plastic and metal. 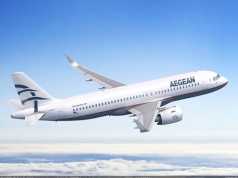