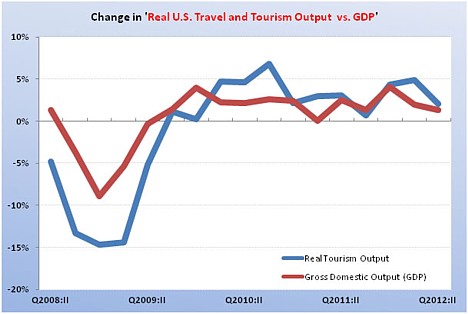 The U.S. Department of Commerce recently announced that real U.S. travel and tourism output (adjusted for changes in price) increased at an annual rate of 2.1 percent in the second quarter of 2012, following an increase of 4.9 percent (revised) in the first quarter of 2012. By comparison, real gross domestic product (GDP) increased 1.3 percent during the second quarter.

The Bureau of Economic Analysis, through funding provided by the Office of Travel and Tourism Industries, International Trade Administration, U.S. Department of Commerce, produces the U.S Travel and Tourism Satellite Accounts (TTSAs) from which these estimates were derived.

Travel and Tourism Satellite Accounts form an indispensable statistical instrument that allows the United States to measure the relative size and importance of the travel and tourism industry, along with its contribution to gross domestic product (GDP).

Approved by the United Nations in March 2002 and endorsed by the U.N. Statistical Commission, TTSAs have become the international standard by which travel and tourism is measured. In fact, more than fifty countries around the world have embraced travel and tourism satellite accounting as the only comprehensive, comparable, and credible measure of travel and tourism and its impact on national economies. 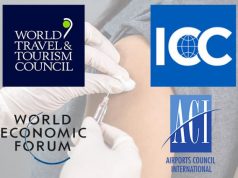 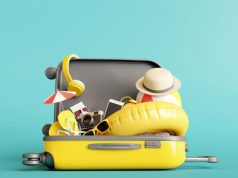 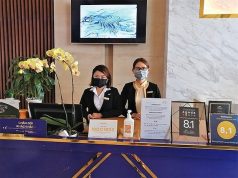 174m Travel & Tourism jobs could be lost due to COVID-19 and travel restrictions, says WTTC