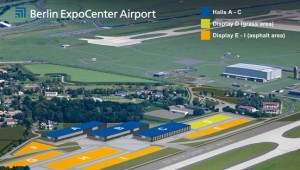 The new Berlin/Brandenburg exhibition grounds next door to the future major airport BER have been completed in record time. Berlin ExpoCenter Airport, which is now ready, is a fair and event venue that can be used in a wide range of ways. Besides three permanent display halls covering a display area of more than 20,000 square metres it offers space for large outdoor displays as well as additional temporary trade fair buildings and service facilities. Thus, in addition to its well-established inner-city venue at Berlin ExpoCenter City next to the Berlin Radio Tower, Messe Berlin now operates two exhibition grounds in the capital’s local region. Construction of buildings for the International Air Show has begun immediately on the new grounds. This year the ILA, Europe’s leading event for the aerospace industry, will be taking place from 11 to 16 September. In January 2013 the new PANORAMA Berlin fashion show, part of the Berlin Fashion Week, is scheduled to debut on the grounds.

Raimund Hosch, CEO of Messe Berlin GmbH: “As with immediate effect Berlin/Brandenburg boasts a trump card in the event business, with grounds in a first-class location. ExpoCenter Airport is the first trade fair venue next door to a major international airport, a unique selling point for attracting events and a significant addition to the established grounds next to the Berlin Radio Tower. It strengthens business in the Berlin/Brandenburg region and in future will significantly boost spending in Berlin and Brandenburg.“

Messeimmobilien Selchow GmbH (MIS) was set up on 10 November 2010 in order to manage construction of the grounds. Messe Berlin GmbH and ZukunftsAgentur Brandenburg (ZAB) each hold a 50 per cent share in the company. MIS invested around 27 million euros in the development of the new grounds. In addition, Messe Berlin spent 16 million euros on erecting three permanent display halls. On 16 May 2012 the shareholders passed a resolution to rename Messeimmobilien Selchow GmbH, which has now become ExpoCenter Airport Berlin Brandenburg GmbH (ECA). ECA has relocated to the new exhibition grounds.

From green fields to exhibition grounds

Since the symbolic groundbreaking ceremony on 18 August 2011 bulldozers and excavators, vibrating rollers and asphalt laying machines have transformed what was once a wasteland into exhibition grounds covering 250,000 square metres. In order to keep to within the ambitious timetable, every day during peak construction periods on average more than 200 mainly local labourers worked in five separate areas to build the site’s infrastructure and the halls.

Over the last few months around 48,000 cubic metres of earth have been shifted in order to level the surface of the grounds. Working in all weathers, road construction and civil engineers laid down pipes and cables for supplying water, electricity and telecommunications, including more than 11,000 metres of water pipes for carrying drinking water, wastewater and rainwater. 15,000 metres of empty pipes were placed underground in order for them to carry around 34,000 metres of high, medium and low-voltage cabling to their various connections and distribution points. These power all the electrical, telecoms and IT systems which supply the exhibition grounds once trade fair operations get fully under way. During the last building phase construction workers laid down asphalt on surfaces totalling 69,000 square metres.

While the infrastructure measures were ongoing the ground project planners commissioned the construction of three permanent display halls covering an area of more than 20,000 square metres. These pillar-free structures made of steel and concrete and featuring a facade of powder-coated aluminium are ideal for trade fairs, events and presentations.

The ground plate consists of steel fibre reinforced concrete, allowing even the heaviest of objects to be transported into the halls where they can be positioned by heavy duty forklift trucks. The roof of each hall is supported along its entire length by a framework of steel supports, each six metres apart, to which suspension points can be attached as required.

Each of the three halls can be accessed from the main road via a three-storey head-end building. Members of all the skilled trades, including plumbers, tilers and painters, worked on completing the interior. An entrance foyer, WC facilities, information counter and first aid room are located on the ground floor of each hall. Offices, meeting rooms with WC facilities and rooms housing technical installations are situated on the first floor. Heating and air-conditioning inside the halls are centrally controlled. Low and high-voltage mains connections for supplying electricity to the floor areas can be fed from within the halls via floor ducts and covers in the ground plate to their respective take-off points.

New streets, areas for parking, logistics and for flight operations

Much has also changed in the immediate vicinity of the exhibition grounds. Bordering the airport, an outdoor display area covering 50,000 square metres now stretches from east to west over the entire width of the grounds. During the ILA this will be used as a static display area for exhibiting aircraft. The new Bravo taxiway connects the ILA grounds with the new southbound runway at BER, making it possible to position aircraft and helicopters and to hold the ILA’s flight display programme.

An 800-metre long road completed in late autumn 2011 now bypasses the grounds. A second section which will divert traffic away from Selchow is in the planning stages. Access roads and turning loops for shuttle buses and cabs will also be built there. What used to be the L 75 thoroughfare is now part of the exhibition grounds and will be the central boulevard at the upcoming ILA 2012. Next to ExpoCenter building measures are taking place in preparation for a logistics area which will be mainly used by forwarding agents.

In summer 2012 construction will begin of the parking areas required for the ILA. A total of around 14,000 parking places for exhibitors, visitors and the press will be built within walking distance of the exhibition area. A special type of grass will mostly be sown in these areas, thereby keeping the areas green.

Preparations for the ILA will begin in earnest starting in August 2012, when a minor city will be built featuring all the necessary services and communications. ExpoCenter Airport will boast all the ILA’s typical features, such as permanent and temporary display halls for the world’s aerospace industry, outdoor sites for displaying aircraft of every type and size, chalets for catering exclusively to VIPs and delegations, and a control tower for the ILA fair management. Other features will include numerous facilities providing services and catering, a conference centre with a large number of meeting rooms and a high-tech press centre. 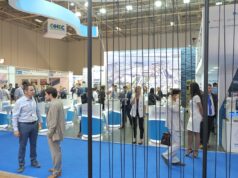 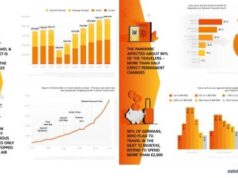 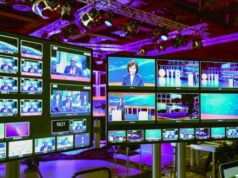 ITB Berlin Convention 2022: How the company behind Facebook is building a virtual universe 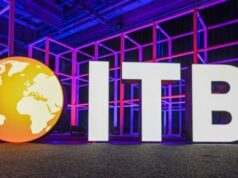 ITB Berlin Convention 2022 begins: Orientation and dialogue on the most pressing topics of our times