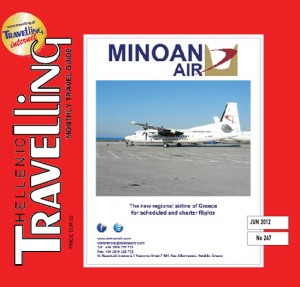 The elections of last month did not produce a government which could govern Greece and take it out of this spiral of death, which the people of Greece are going through for the past two years. The simplified version is that people voted anything else other that the two major parties, that brought the country to this position. In other words it was a vote of protest. In the mean while, a caretaker government was appointed till June 17, upon which date the Greek people will be called again to vote. It goes without saying that the entire Greek population wants the result of the up coming elections to produce a government which will bring Greece and its people back to growth and prosperity.

Since the elections, international media has been having a field day. Anyone that can pronounce the word Greece has been interviewed, at least two times – with focus on: will Greece  leave or get kicked out of the eurozone and the euro; and if that happens, the magnitude of chaos that will bring to the country and how life will not be safe!

The markets on the other hand are rationalizing to the tune that serves them best. Simply said – they are making a killing. Tagging along with the markets are the tour operators who in the name of the “safety and well-being of their clients” are holding them back from booking their holidays to Greece, while they are having closed door discussions with the hoteliers and the servicing agents in Greece on “ways that they can be motivated” to persuade their clients to come to Greece.

If bookings from the major European markets do not pick up, definitely Greek tourism will suffer, pushing the economy further into recession and unemployment, widening the gap and requiring additional measures. But beating a dead horse gets you no were and the results Europe wants from Greece will become a distant dream.

Its a pity that Europe cannot see that its to their interest to keep our economy going and the easiest way to do that it is by coming to Greece for their holidays. Rather that giving us money from their budgets, they could spend their money in Greece and get services in return – or do they have some other agenda?

The excuse that we are not a safe place to be, because of a possible up-rise, if we leave the Euro is totally speculative.

We are not fortune tellers but the Greek people are not vandals nor are they uncivilized. The people who pronounce these scenarios are probably taking into consideration what they and their people would do under the same conditions.

The people of Greece are proud, generous, hospitable and civilized. Actually our ancestors set the ground work for the rest of the world, while they use to live in caves and were man eaters.

Thus, “the so called clients” of the tour operators are safe and as the president of the Greek Chamber of Hotel, Mr. Tsakiris said, “the tourism function of Greece runs smoothly, regardless of  whatever political uncertainty prevails”. 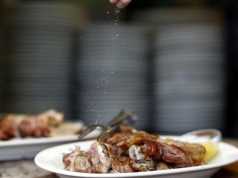