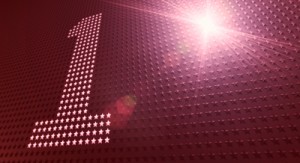 Qatar Airways has been named “Airline of the Year” at the annual Skytrax World Airline Awards 2011 for its outstanding inflight product and operational excellence.

Through the prestigious award, Qatar Airways’ global ranking among more than 200 international airlines rose to the world’s top position – up from third spot last year – further cementing its stature as a world leading airline.

Qatar Airways beat stiff competition from four Asian carriers in the category to clinch the honour in front of global aviation industry executives.

The awards are selected by the airline’s most important audience – its customers. More than 18 million passengers worldwide were polled during the annual Skytrax awards.

Qatar Airways Chief Executive Officer Akbar Al Baker collected the award, together with two other accolades, at a ceremony today during Paris Air Show, being held at Le Bourget near the French capital.

Qatar Airways, which remains one of a select-few carriers with a Skytrax Five Star ranking for service excellence, also claimed the “Best Middle East Airline” for the sixth consecutive year, emphasising the airline’s competitiveness and dominance in a region boasting several world-class airlines.

The airline also received the accolade “Best First Class Lounge” for its Premium Terminal at the carrier’s Doha hub – a facility for exclusive use by Qatar Airways’ First and Business Class passengers. The award further cements the Premium Terminal’s stature as a world class luxury facility for passengers to unwind and relax before their flight.

Qatar Airways Chief Executive Officer Akbar Al Baker said the awards were a fantastic achievement, honouring many aspects of the airline, in which it had excelled in different areas, including its inflight product, onboard service, environmental leadership and overall operations in the air and on the ground.

“Today, I am immensely proud of Qatar Airways and it is an honour on behalf of my workforce and my country to collect this prestigious award and for Qatar Airways to be named Airline of the Year.

“At Qatar Airways we always aim at doing the best in everything we do. To be considered as the top airline in the world is a huge achievement and a very rewarding moment in Qatar Airways’ history.”

Added Al Baker: “It is extremely gratifying to be recognised as “Airline of the Year”, which takes into account the outstanding efforts and hard work of all our employees, as we continuously aim to exceed the expectations of our customers.

“I also want to thank our customers for their positive response, loyalty and appreciation of our product. It is a great motivation for everyone at Qatar Airways and will stimulate the entire airline’s staff to continuously deliver Five Star excellence and the highest service standards we are renowned for worldwide.”

“The World Airline Awards are known as ‘The Passenger’s Choice’, underlining the fact that Qatar Airways is clearly satisfying the hardest critics – their users.

“Over the short few years Qatar Airways has been operating, the airline has demonstrated excellence in all areas of its operations and its global ranking to number one under the dynamic leadership of Akbar Al Baker has been remarkable,” added Plaisted.

Over 18 million air travellers from more than 100 different nationalities took part in the 10-month long survey. The awards are recognised around the world for being the only global independent passenger survey monitoring airline standards and as the ultimate benchmark for excellence in the airline industry. 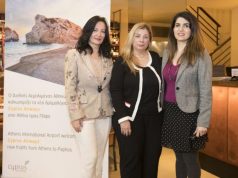