Cathy Buyck, Senior Editor Europe Bureau Chief, Air Transport World has been awarded the ERA Hank McGonagle Journalism Award 2010/11 for an article on the introduction of aviation into the EU Emissions Trading Scheme.  The Award was presented by Mike Ambrose, director general, ERA, at a prestigious Awards Ceremony in Barcelona last night, as part of the Association’s annual General Assembly.

Commenting on the win, Mike Ambrose, Director General, ERA said: “Cathy’s article demonstrated that she not only had a clear understanding of a very complex subject, but it highlighted how the fragmented approach of the Regulators has created unnecessary cost burdens on airlines even before the regulation has come into force.  This was an aspect that we had not seen portrayed in such detail, or with such skill and clarity in other articles on this subject.”

The ERA Journalism Award was introduced in 2002 and is named after Hank McGonagle of GE-Aviation who recognised the important role played by the media in influencing the framework for the development of intra-European air transport.  The Award recognises excellent, accurate and discerning reporting on topical issues related to the intra-European air transport industry.  The winner is selected by the ERA Directorate.

Keith Boxall, Head of Quality from UK carrier Air Southwest, was honoured with the ERA Director General’s Commendation for Services to Intra-European Air Transport.  Keith has tirelessly represented ERA members within several EASA working groups.  In addition, during the volcanic ash crisis, he provided essential information to ERA on the operational conditions of aircraft which was critical in pursuing an operational solution with EUROCONTROL and the UK CAA.

The trophy was presented by Mike Ambrose, Director General, ERA on behalf of the sponsor, the Irish Aviation Authority (IAA). 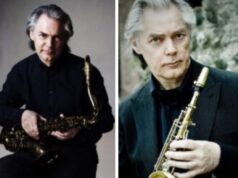