AIR FRANCE KLM has been confirmed Leader for sustainable development for 2010 and remains in the two Dow Jones Sustainability Indexes – DJSI World and DJSI Europe for the sixth year running.
Since it was set up in 2004, the group has been confirmed every year as leader in the air transport sector and has been recognized, for the second time, as being the most responsible company, super sector leader, in the “transport and leisure” sector.

“With this recognition which is an honour for us, Air France-KLM is illustrating its willingness to assume its social and environmental responsibilities. We will continue to be the benchmark for sustainable development in our industry: an ambition which measures up to the important place we occupy in the global air transport industry” declared Pierre-Henri Gourgeon, CEO of Air France-KLM.

“I’m proud that we at AIR FRANCE KLM have been able to hold on to this position despite the difficult times we are going through. It’s a terrific achievement — proof positive of the successful collaboration between our two companies. We achieved this together and it is a fantastic acknowledgement of everyone’s hard work” confirmed Peter Hartman, KLM President & CEO.

The DJSI World groups 10% of the leading companies in terms of sustainable development, among 2,500 companies in 22 countries worldwide.

Both the DJSI World and DJSI Europe indexes select the leading companies in this field following a review process conducted by the Swiss group SAM (Sustainable Asset Management Indexes GmbH). 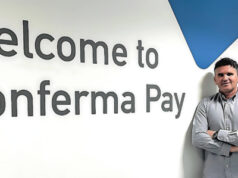