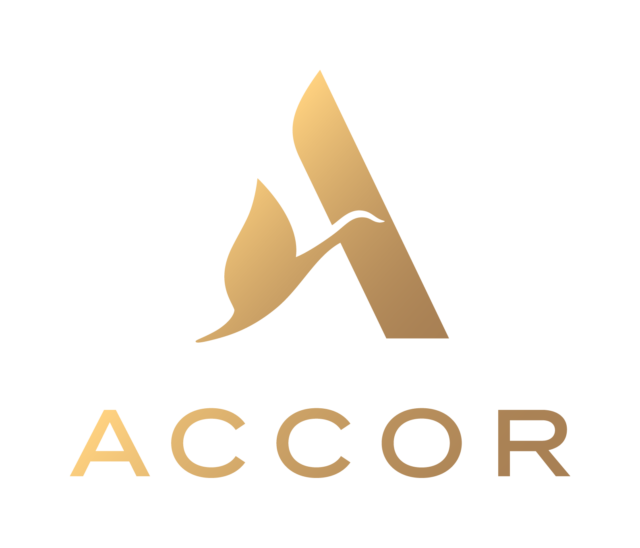 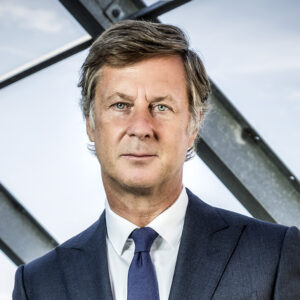 Sébastien Bazin, Chairman and Chief Executive Officer of Accor, said:  “Once again this quarter, Accor reported a very strong growth in business, exceeding  pre-crisis levels for the first time. This marked rebound in all regions and for all of our  brands. The summer will confirm these trends and the fall promises to be strong with  the recovery of major seminars and conventions. Nevertheless, the Group remains  attentive to the evolution of the geopolitical and economic environment. At this stage,  the Group should report a strong growth in EBITDA, with a target of more than  €550 million for the full-year 2022”.

The Group’s business rebounded significantly in H1 2022 after two years of major  pandemic-related disruptions in the tourism and hospitality industry. In Q2 2022,  activity recovered to levels close to, if not above, the 2019 levels in almost all of our  geographies. The only laggards were China, which is impacted by travel restrictions as  part of its strict enforcement of a “zero-Covid” policy, and South East Asia, which is  highly dependent on Chinese visitors.

This rebound reflects both the recovery of the number of business and leisure domestic  guests, and border reopenings which accelerated the return of international travelers. It  was accompanied by a sharp increase in prices, driven by demand and emphasized by  inflation.

For 2022, the Group is confirming its forecast of net unit growth in the network of around  3.5%.

Currency effects had a positive impact of €69 million, mainly due to the US dollar ((9)%).

Revenue in Management & Franchise (M&F) stood at €434 million, up 153% like-for like versus H1 2021 (down 15% like-for-like versus H1 2019), with regional  performances correlated to the business recovery in the considered countries. In  general, the slightly sharper decline in M&F revenue compared with RevPAR (down 11%  in H1 2022 versus H1 2019) can be attributed to the decrease in incentive fees based  on the hotel operating margin generated from management contracts.

Consolidated RevPAR was down 11% overall in H1 2022 versus H1 2019 and up 1% in  Q2 2022 versus Q2 2019. These figures reflect a month-after-month sequential  improvement in business with a sharp increase in prices, driven by demand and  emphasized by inflation. Therefore, activity reached levels close to, or even higher than  2019 levels in almost all of our regions in the second quarter.

In Q2 2022, RevPAR in North Europe was down 7% versus Q2 2019, but business  improved sequentially month after month.

Services to Owners revenue, which includes the Sales, Marketing, Distribution and  Loyalty division, as well as shared services and the reimbursement of hotel staff costs,  came to €842 million in H1 2022, down 10% compared with 2019, in line with  consolidated RevPAR for the period.

Revenue in the “Hotel Assets & Other” segment was up 57% like-for-like in H1 2022  versus H1 2021 and down 8% like-for-like versus H1 2019. This segment, which is  closely tied to activity in Australia, benefited in particular from renewed leisure and  business tourism demand.

Since early 2021, this segment has included concierge services, luxury home rentals,  private sales of hotel stays and digital services for hotel owners. All these activities  benefited from the uptrend in tourism.

Consolidated EBITDA was €205 million in H1 2022, versus €(120) million in H1 2021.  This performance was linked to the activity recovery. In the first half, immediate  marketing actions were activated to capture and convert this rebound. On top, we are  faced with an unexpected cost inflation, which structurally affects our cost base. The  RESET cost saving plan, that is being delivered per plan, is helping to offset all the above.

HotelServices EBITDA was positive at €208 million in H1 2022. This performance  breaks down as positive EBITDA for Management & Franchise (M&F) and a negative  contribution from Services to Owners. This negative contribution reflects both marketing  expenses incurred to capture the pick-up in business and general cost inflation. Rebilling  of hotel costs (with revenue at €497 million), included in Services to Owners, structurally  remains at breakeven at the EBITDA level.

Hotel Assets & Other EBITDA came to €58 million in H1 2022 versus €25 million in  H1 2021. This segment is mainly driven by Australia, where the activity has recovered.  New Businesses, included in this segment since early 2021, reported positive EBITDA in  the first half of the year.

Net profit/(loss) before profit from discontinued

Cost of net debt was stable between H1 2021 and H1 2022, demonstrating the quality  of our financing policy.

The Group’s recurring expenditure, which includes “key money” paid by HotelServices  for its development, digital and IT investments, remained under control to end the period  at €55 million.

Change in working capital is seasonal in nature and reflects the activity recovery  reported in H1 2022.

The Group’s net financial debt as of end-June 2022 reached €2,025 million, versus  €1,844 million as of December 31, 2021. This slight increase is related to the finalization  of the restructuring plan and some investments including in Reef, a US dark kitchen  operator.

On June 30, 2022, the average cost of Accor’s debt was 1.9% (a decrease due to the  redemption of bonds that had a higher coupon) with an average maturity of about  4 years and with no major repayments due before 2026.

Transformation and simplification of the Group’s structure

On July 5, 2022, the Group announced that it is evolving its structure to capitalize on  the transformation undertaken in recent years, consolidate its leadership positions, focus  its efforts, strengthen its know-how, accelerate its growth and continue to improve its  profitability. As such, Accor will leverage two divisions comprising separate and  distinctive expertise with the aim of further strengthening the excellence of each of these  business lines, improving their operational and financial performance, offering their  owners and guests even more relevant products and services, and attracting the best  talents.

To support the implementation and ensure the roll-out of this new structure, Accor’s  Board of Directors has confirmed its support to the Group’s leadership and unanimously  decided to propose the renewal of Sébastien Bazin as Chairman and CEO at next Annual  General Meeting called to approve the 2022 financial statements.

Based on the activity recorded in the first half and considering the current macro economic uncertainties in the second half-year, the Group expects EBITDA to exceed  €550 million for the full-year 2022.

Exclusive negotiations on the disposal of a 10.8% interest in Ennismore

On June 21, 2022, Accor announced it is entering into exclusive negotiations to sell a  10.8% stake in Ennismore to a Qatari consortium for a total amount of €185 million. The  envisioned also includes the preliminary contribution to Ennismore of the Group’s stake in Rixos, a hotel operator specialized in “All-Inclusive” hotels in the Middle East, and  Paris Society, an upscale player in the restaurant, events and entertainment sectors.

Accor will retain a controlling stake of 62.2% in Ennismore, with the remaining shares  held by Sharan Pasricha founder & co-CEO of Ennismore and the new incoming investors.

Closing is expected to occur in the second semester of 2022.

Decision made by the Board of Directors

At its meeting on February 23, 2022, and based on the recommendations of the  Appointments, Compensation and CSR Committee, the Board of Directors resolved to  propose the renewal of Mrs. Qionger Jiang, Mrs. Isabelle Simon, Mr. Nicolas Sarkozy and  Mr. Sarmad Zok as Directors of the Company for a three-year duration.

The Board also decided to propose, in addition to the appointment of Mrs. Hélène Auriol  Potier, which was already announced, the appointments of Mrs. Asma Abdulrahman Al Khulaifi and Mr. Ugo Arzani as Directors, for the same period of three years.