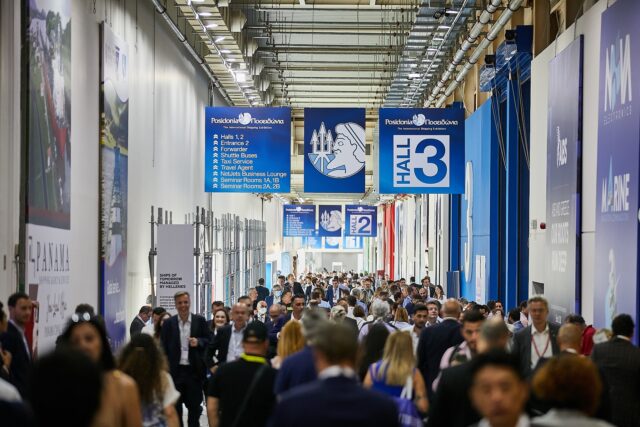 More than 40 marine fuel suppliers from around the world have gathered at this year’s Posidonia during a critical juncture for the US$300billion bunkering market, due to the double whammy of the geopolitical crisis and the uncertainty surrounding the regulatory framework pertaining to the decarbonisation of the shipping industry.

Alexander Prokopakis, CEO of probunkers, an Athens-based independent LNG bunker supplier said: “Bunkering has been hit from the trickledown effect of the sanctions against Russia, and this of course has had a serious impact on prices. Pre-war, the global prices were around US$750-US$850 per ton, and now we are looking at prices above US$1,000.

“Since we are in unchartered territory, no one can really predict where the price will end up. Hopefully for now we will stay at this level, if not, the effect of exceeding the US$1,200 mark will bring about a detrimental ripple effect across the entire shipping industry.”

His views are shared by another major bunkering player with a strong Greek presence, Baluco. Commercial Manager John Stavropoulos said: “The price of oil has doubled, and this has created an extra cost for ship operators because oil and lubricants account for almost 60-70% of the total vessel operational expenses. So, the total cost per journey has skyrocketed and that’s not just it. Credit lines for operators have also been impacted as they have to pay double the amount they used to, in order to receive the same volume as they did before the crisis.

They both said that demand for bunkering fuel has not been impacted and has in fact increased at ports outside Russia, as the points of supply have been reduced. 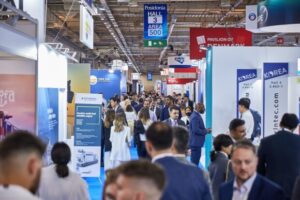 In addition to the impact on fuel prices, shipping companies and their customers are facing increased costs due to more expensive lubricants. Major international lubes maker and supplier Gulf Oil Marine, says that the price increase varies depending on the market.

“We have already seen an increase of between 20 and 30 cents per litre, which is roughly a 20% spike, but I am afraid that we still haven’t seen the end of this pressure on prices. We forecast a further increase of 10-20% by the end of the year, and we are doing our best to mitigate the increases,” said David Price, Chief Executive Officer.

The war in Ukraine has caused supply issues in the lubes sector as well. According to Gregory Papathanassiou, Director Gulf Oil Marine Hellas, supply has been reduced because of the sanctions on Russia and insists that hard work around the clock is the remedy to ensure and safeguard supply security. “We need to ensure that lubricants are available whenever and wherever our customers need it. It causes a lot of hard work and tension. Of course, there remain many issues, but our aim is to ensure our customers don’t see or face these issues for themselves,” he said.

He added that Gulf Oil Marine has recently invested in a blending plant and R&D facility in Singapore to help it stay ahead of the curve, but acknowledges that getting a new lube to market from scratch requires a huge investment and a lot of time as the process for testing and approvals is long.

Nellos Economopoulos, General Manager Valecrest Marine Lubricants, seems to agree: “In order to be able to be ready for the future, we first need to know what the future will be. Once the number one option for the fuel of the future is agreed upon, we then need to start preparing for it, in order to develop the suitable lubes solutions. We need to look at all the options. It would take nearly up to two years to be able to do the research that is required, the testing and the infrastructure to go to market with new lubricants for the new fuel products.”

But as experts say, urgency may not be an issue, as the time when shipping will rid itself from its dependence on fossil fuel is still years ahead.

Prokopakis said: “The future is still far. There is no clear path of where we are heading. My view, as biased as it may be, is that LNG is for now the only viable available commercial solution, and it will remain so for the next 15-25 years. The infrastructure is here, it is readily available, abundant and safe, and its environmental footprint is better than that of oil.

“I don’t believe in a one-fits-all dominant fuel solution for the future, similar to what fuel oil is today. I think it will be a case of a diversified energy mix, a blend of various options to choose from.

Many companies have leveraged their Posidonia presence to create awareness about their innovations and new bunkering and lubes solutions.

And UK’s Auramarine, a fuel and auxiliary systems expert, has invested in the development of one of the industry’s first Methanol Fuel Supply Units to meet the demand for methanol as a promising future fuel. CEO John Bergman said: “Shipowners want to invest in green fuels, but the challenge lies in finding the right solution and inspiring confidence to drive uptake.”

Posidonia continued to attract large audiences yesterday (Wednesday 8 June). Theodore Vokos, Managing Director, Posidonia Exhibitions S.A. said: “We are delighted to see the overwhelming return of the global maritime community to Greece and to Posidonia. Following the event’s best-attended Tuesday ever, with a total of 5.945 visitors, yesterday we witnessed the best-attended Wednesday ever in a Posidonia, welcoming 8.356 visitors in the four halls of the Metropolitan Expo Centre. This year’s Posidonia is the biggest in size in our history and are about to become the best attended ever”. Posidonia 2022 is organised under the auspices of the Ministry of Maritime Affairs & Insular Policy, the Union of Greek Shipowners and the Hellenic Chamber of Shipping and with the support of the Municipality of Piraeus and the Greek Shipping Co-operation Committee.