Αρχική Hotels The planet we love, the Meliá project getting cus-tomers involved in combatting... 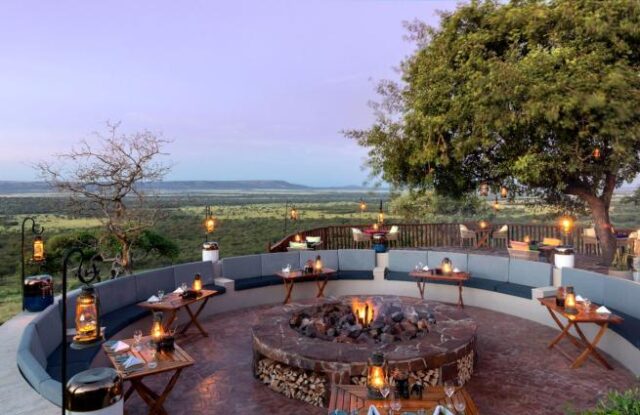 On the occasion of World Environment Day 2021, which will be celebrated on 5 June, Meliá Hotels International has announced the launch of “The planet we love”, a project it has been working on in recent months with Climatetrade which represents a major step forward in the company’s commitments to the environment and the transition to a low-carbon economy. As a result, members of the MeliáRewards loyalty programme can now exchange points for carbon credits certified by the United Nations to support a selection of projects in developing countries to reduce greenhouse gas emissions.

Meliá Hotels International thus becomes the first hotel company in the world to offer loyalty programme members the chance to become directly involved in compensating their carbon footprint through the purchase of carbon credits to assign to certified and guaranteed projects. MeliáRewards members who want to take part can do so directly in melia.com, where they can choose either of two projects selected by the company. The first, is a project in Brazil to reduce methane emissions and transform the gas into non-polluting energy for thousands of homes at risk. The second, endorsed by AENOR and developed by Acciona, aims to promote new sustainable water and energy infrastructure to benefit more than 700,000 homes in Mexico, avoiding the emission of more than 670,000 tons of CO2, equivalent to the photosynthesis carried out by 33 million trees.

Meliá has worked on the project with Climatetrade, a Spanish fintech company and leader in carbon-credit management, which helps companies achieve carbon neutrality by offsetting emissions with a large number of certified environmental projects, applying blockchain technology to guarantee the transparency and trackability of the entire process.

“The planet demands commitments from both companies and consumers to move towards a low-carbon economy, the major change that we need to support in the 21st century,” said Gabriel Escarrer, Executive Vice President and CEO of Meliá Hotels International. The involvement of customers in its environmental commitments through this project is a new step forward in the integration of ESG criteria (Environmental, Social and Governance) in the Meliá Hotels International value chain, which has led the company to aim to reduce emissions by 51% before 2035 (Scope 1 and 2).

To achieve this, Meliá is working in different areas such as the acquisition of electricity from renewable sources, the measurement and reduction of waste and the application of artificial intelligence to improve its management and control systems. The launch of “The planet we love“ also responds to a commitment to encourage responsible behaviour among its stakeholders, such as measures to ensure the efficient and responsible use of water.

In 2020, the company was once again named one of top 5 travel companies in the world in combatting climate change by the Carbon Disclosure Project (CDP), also obtaining the top position in Europe in water management and the top position in Spain in the management of climate change. The company was also named the second most sustainable hotel company in the world in the most recent assessment by S&P Global, a world leader.

Francisco Benedito, CEO of Climatetrade stated that “offsetting the carbon footprint of travel requires that we generate a positive impact. The use of blockchain technology allows us to achieve a greater impact and also certify the destination of the funds. Compensating our travel is a game changer for the industry, as we neutralise the pollution caused by travel”.