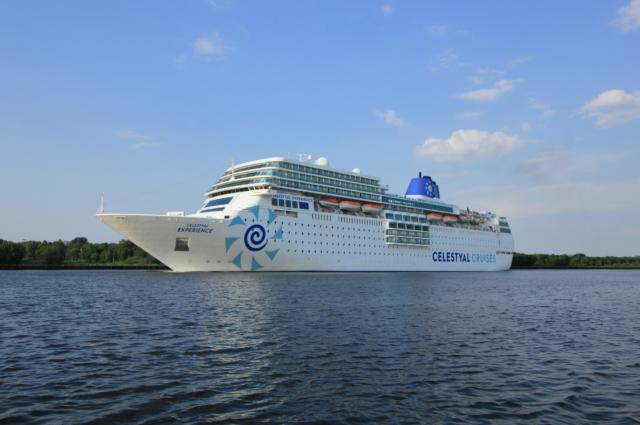 Celestyal Cruises, the award-winning, number one choice for cruise travelers to the Greek Islands and the Eastern Mediterranean, announces that its new flagship, the Celestyal Experience will set sail beginning on March 05th, 2022 with the seven-night “Three Continents” itinerary.  The flagship vessel was added to the fleet in 2020, and it was earlier scheduled to be introduced this year. The 2021 scheduled deployment had to be postponed until next year due to the pandemic.  The “Three Continents” seven-night itinerary calling on Greece (Athens and Rhodes), Turkey (Kusadasi), Israel (Ashdod), Egypt (Port Said) and Cyprus (Limassol) offers all-inclusive pricing starting at €879, per person. In 2023, the Celestyal Experience will operate seven- and -14-night voyages year-round commencing January 7th, with the “Three Continents” itinerary. All 2022 and 2023 sailings will be available for booking from May 20th. 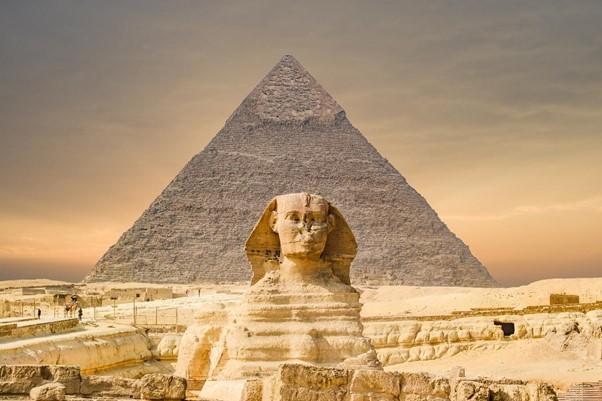 Beginning on April 09th, 2022 the Celestyal Experience will set sail on the “Eclectic Aegean” itinerary, a seven-night voyage which visits the historical city of Thessaloniki. It is the second largest city in Greece and offers guests stunning Paleo Christian and Byzantine monuments, a UNESCO World Heritage Site, monuments to the famed “Alexander the Great”, and the chance to explore the city’s rich Roman and Sephardic Jewish heritage. Thessaloniki is also known as a “gastronomic paradise,” sitting at the crossroads for trade and drawing upon ingredients from all over the Mediterranean and Asia, which are served in the city’s renowned tavernas. Thessaloniki will also become an additional embarkation port due to ease of access for the Balkan and Northern Greece drive markets, as well as significant airlift offered from Northern and Western Europe. Some of the highlights of this itinerary are an overnight stay in Istanbul and a visit to the breathtaking ‘hanging monasteries’ of Meteora. This itinerary also includes the introduction of a visit to Kavala, the northern, centuries-old Greek port city on the Thracian Sea, often referred to as the “blue city” due to its crystal-clear coastal waters and legendary scenic sea views from the Bay of Kavala, with a picturesque historic town unfolding high atop the triangular Panagia peninsula. This charming old town is comprised of a mosaic of winding lanes of red-tiled houses and a Byzantine fortress known as the Kastro.  Just nine miles from the center of the old town is the ancient city of Philippi, home to the first Christian church in Europe. Philippi became an important early Christian center following a visit to the city by Paul the Apostle in 49 C.E. 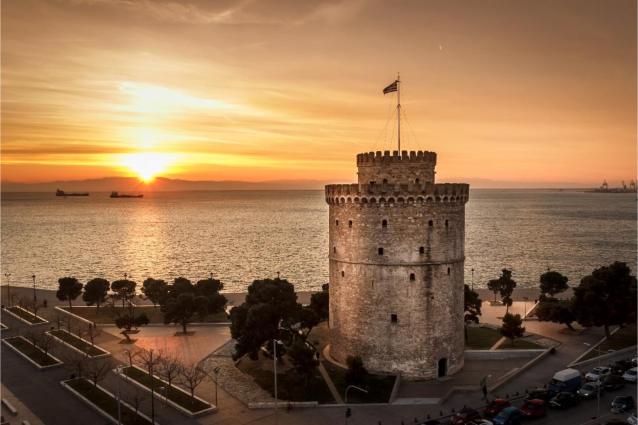 In 2023, due to increased demand the “Eclectic Aegean” itinerary will commence on the Celestyal Experience on March 4th for six sailings and will return for a further ten sailings on October 28th, this time on Celestyal Olympia, offering both Christmas and New Year’s departures for the first time.  All-inclusive pricing starts at €869, per person. 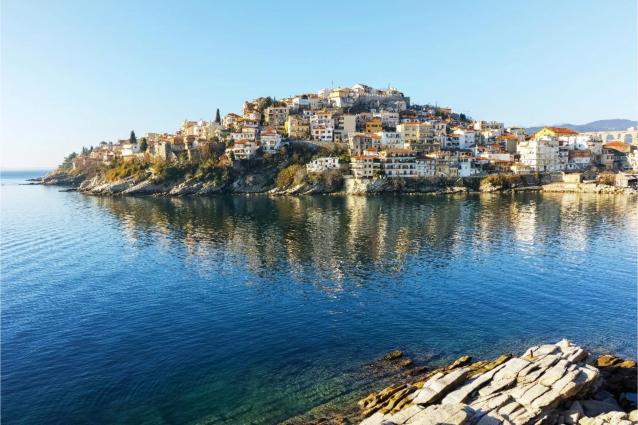 On April 30th, 2022 the Celestyal Experience will begin the “Idyllic Aegean” itinerary starting in Athens and visiting Rhodes, Crete (Agios Nikolaos), Santorini, Milos, Mykonos and Kusadasi (Ephesus), with all-inclusive pricing starting at €879, per person.  On October 15th, 2022 the Celestyal Experience will set sail on a one-time, special “Steps of Paul” itinerary tracing the footsteps of St. Paul, the Apostle, across the Mediterranean. Guests will join expert guides on a religious and historical journey with visits to St. Paul’s birthplace in what was once the Roman city of Tarsus.  Guests will also visit St. Paul’s Tribune at the Vlatadon Monastery, Philippi, the prison where St. Paul and St. Sylas were held captive, and will have the opportunity to ride a cable car to the Acropolis in Pergamon as well as visit the ancient city of Ephesus. In 2023, the Celestyal Experience will offer additional “Idyllic Aegean” sailings commencing April 15th through October 14th when it will operate two seven-night “Steps of Paul” voyages.

Celestyal Experience will end the year in 2022 with two, exclusive holiday sailings, the ten-night Christmas special on December 17th, 2022, priced at €1259, per person starting from Piraeus, and calling on Thessaloniki, Izmir, Rhodes, Limassol, Alexandria and an overnight visit in Haifa, Israel to spend both Christmas Eve and Christmas Day in the “Holy Land,” and the eight-night New Year’s sailing beginning on December 27th to ring in 2023 with visits to Heraklion, Santorini, Kusadasi (Turkey), along with an overnight stay in Istanbul to take in the New Year’s Eve fireworks and Volos. This sailing is priced at €1139, per person. Both sailings can be combined for an amazing 18-night holiday event covering the whole of the Eastern Mediterranean starting from €2189, per person. In 2023, these unique celebration sailings will take place on December 16th with an 11-night Christmas departure and December 27th for the New Year’s celebration.

The Celestyal Experience has a capacity of up to 1,800-guests in 789 staterooms, 166 of which feature balconies, sea terraces and bridge-view verandas. The Celestyal Experience which has recently undergone an extensive refurbishment will offer an intimate onboard guest experience with all the warmth of traditional Greek hospitality. The ship is also well-suited for visiting smaller ports, a key differentiator for Celestyal, with destinations that remain off-limits to larger vessels.

“As we begin to resume cruise operations this summer season, we are delighted to also announce our plans for the next two years, which includes the exciting introduction of the Celestyal Experience to our fleet.  The Celestyal Experience embodies Celestyal Cruises’’commitment to an intimate, authentically Greek experience onboard a contemporary, well-appointed, mid-sized cruise ship. She will undoubtedly be instrumental in driving our continued growth,” said Celestyal Cruises’ Chief Commercial Officer, Leslie Peden.

For those seeking shorter getaways and island-hopping cruises to combine with land vacations, the Celestyal Olympia, will set sail on March 4th of 2022 with the “Iconic Discovery” and will continue with “Iconic Aegean” on March 14th until October 28, and then return to “Iconic Discovery” sailings between October 31st and November 25th.  The three-night “Iconic Aegean” itineraries begin in Lavrion Port and Marina (Athens) and call on Mykonos, Patmos, Crete and Santorini in Greece and Kusadasi in Turkey, starting at €399, per person. Four-night “Iconic Aegean” itineraries beginning in Lavrion Port and Marina (Athens) and calling on Mykonos, Patmos, Rhodes, Crete and Santorini in Greece and Kusadasi in Turkey, start at €499, per person.  The winter “Iconic Discovery” itineraries take into account the shorter daylight hours and areas of interest during the time of the season. On both the three-night and four-night itineraries, Syros, a destination just added last year, is featured, and a full day in Santorini is also included in all departures. Syros is the administrative capital of the Cyclades and is one of the smallest islands within the group. With its resplendent pastel-hued villas cascading down the Ermoupoli hill, this island is rich in history and culture and provides visitors with a slice of Greek lifestyle without the crowds. Celestyal Cruises will be offering guests a Syros walking tour as an included shore excursion taking in the highlights of the island including Ermoupoli, which is known as the town of Hermes; City Hall, which was designed by German architect Ernst Ziller; the Apollo Theatre, which is a miniature version of La Scala in Milan and was designed by Italian architect Pietro Campo and the first shipyard in Greece which continues operating to this day. A second included shore excursion will be offered to the ancient city of Ephesus during the ship’s full day stay in Kusadasi, Turkey. The all-inclusive three-night “Iconic Discovery” itinerary starts at just €399, per person, and the four-night “Iconic Discovery” itinerary starts at just €499, per person. In 2023, the “Iconic Discovery” itinerary commences March 3rd with a three-night voyage.

For more information or to book visit: https://celestyal.com/us/.