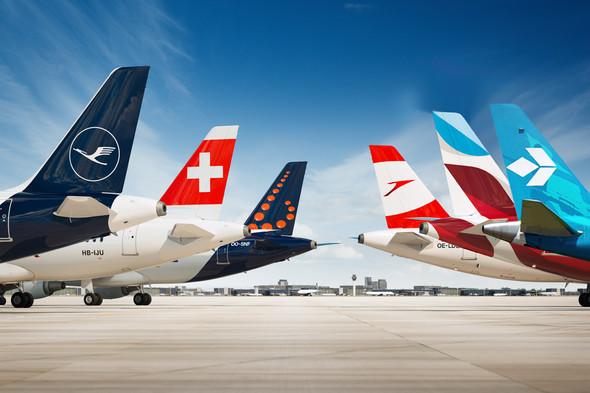 − Liquidity of EUR 10.1 billion available, of which EUR 6.3 billion are unutilized stabilization measures
− Ongoing strong performance at Lufthansa Cargo further supports Group liquidity
− Hub strategy enables cash-positive flight operations, even in the current market environment
− Operating cash drain to be limited to around EUR 350 million per month in Q4
− Return to positive operating cash flow expected during the course of 2021

The global corona pandemic continued to have a considerable impact on the
Lufthansa Group’s earnings development in the third quarter. However, compared to the second quarter, losses were reduced due to substantial cost savings and an expansion of the flight schedule in the summer months of July and August.
Adjusted earnings (Adjusted EBIT) amounted to minus EUR 1.3 billion (previous year: plus EUR 1.3 billion). The average monthly operating cash drain, before changes in working capital and investments, was EUR 200 million. In the same period, sales fell to EUR 2.7 billion (previous year: EUR 10.1 billion). Net income was minus EUR 2 billion (previous year: plus EUR 1.2 billion). Operating expenses were cut by 43 percent in the third quarter compared to the previous year, partly as a result of significantly lower fuel costs, fees and a reduction in other costs that vary based on the extent of flight operations. Using short-time work for a large portion of the personnel in combination with other measures resulted in a reduction of fixed costs by more than a third. In addition, strict liquidity management limited the cash outflows.
“Strict cost savings and the expansion of our flight program enabled us to
significantly reduce the operating cash drain in the third quarter, compared to the previous quarter. Lufthansa Cargo also contributed to this with a strong
performance and a positive result of EUR 169 million. We are determined to keep following this path. We want to return to a positive operating cash flow in the course of the coming year. In order to achieve this, we are advancing restructuring programs throughout the Group with the aim to make the Lufthansa Group sustainably more efficient in all areas,” said Carsten Spohr, CEO of Deutsche Lufthansa AG.

Cash flow and liquidity development
At the end of September, the Lufthansa Group had EUR 10.1 billion of cash at its disposal. This figure includes stabilization measures in Germany, Switzerland, Austria and Belgium totaling EUR 6.3 billion, which have not yet been utilized.
Free cash flow adjusted for the IFRS 16 effect was minus EUR 2.1 billion in the third quarter (previous year: EUR 416 million), mainly due to customer
reimbursements of ticket costs for corona-related flight cancellations amounting to EUR 2 billion. This was partially offset by cash inflows from the expansion of flight activities in July and August, which were mainly driven by short-term bookings. In the first nine months, Adjusted free cash flow was significantly less negative than the operating result. It fell to minus EUR 2.6 billion (previous year: plus EUR 685 million). A 63 percent reduction of investments to EUR 1 billion (previous year: EUR 2.8 billion) made a major contribution to this.
Net debt at the end of the third quarter was EUR 8.9 billion (December 31, 2019: EUR 6.7 billion). The equity ratio fell by 15.4 percentage points to 8.6 percent, compared to the end of 2019 (December 31, 2019: 24 percent).

Business areas
The Adjusted EBIT of Network Airlines in the first nine months amounted to minus EUR 3.7 billion. Eurowings recorded a loss of EUR 466 million.
The development of the Logistics business segment stood out positively from the rest of the Group. Despite a 36 percent decline in freight capacity, triggered by a loss of freight capacity in passenger aircraft (“bellies”), Lufthansa Cargo’s revenue rose by 4 percent in the first nine months. This positive development was driven by the operation of one of the largest and most modern freighter fleets, comprising of 13 Boeing B777Fs (incl. Aerologic) and six MD-11s. Yields increased in all regions, also due to the global loss of cargo capacity in passenger aircraft. Earnings after nine months rose to EUR 446 million (previous year: minus 33 EUR million).
In contrast, Lufthansa Technik’s result for the same period fell to minus EUR 208 million (previous year: plus EUR 351 million). The result of the LSG Group was also burdened by the worldwide decline in air traffic and the associated decrease in demand for catering services, falling to minus EUR 269 million (previous year: plus EUR 93 million) in the first three quarters.

Traffic development in the third quarter of 2020
In the third quarter of 2020 the Lufthansa Group airlines carried 8.7 million
passengers, 20 percent of previous year. Offered capacity fell to 22 percent of the previous year’s level. The seat load factor was at 53 percent, 33 percentage points below the previous year’s figure. Freight capacity fell by 47 percent due to a lack of capacity on passenger aircraft. The decline in freight kilometres sold was 34 percent. This reflects a 14-percentage point higher cargo load factor of 73 percent. Traffic development in the first nine months of 2020
In the first nine months, the Lufthansa Group airlines carried a total of 32.2 million passengers, 29 percent of last year’s period. Offered capacity fell to 33 percent of the previous year’s level. At 68 percent, the seat load factor in this period was 15 percentage points lower than last year. Freight capacity fell by 40 percent and
freight kilometres sold fell by 33 percent. This resulted in a 7-percentage point higher cargo load factor of 68 percent.
Outlook “People around the world have a great desire to travel again soon. Together with our partners, we are ready and will do everything we can to fulfil this desire as quickly as possible and with the highest health and safety standards. The important thing now is to ensure health protection and freedom of travel, for example by means of widespread rapid tests,” says Carsten Spohr.
In the upcoming winter months, demand for air travel is expected to remain low due to the global increase of infection rates and the associated travel restrictions.
The airlines of the Lufthansa Group will therefore be adjusting their original
planning and will offer a maximum of 25 percent of last year’s capacity from October to December. This consistent capacity reduction will ensure that flight
operations continue to make a positive contribution to earnings. The Lufthansa Group is benefiting from its hub strategy, which enables it to offer connections that would otherwise be uneconomical as point-to-point connections during this current market environment. Network Airlines benefit from bundling passenger streams at the Group’s hub airports.

In order to adjust to the long-term changes in the market, the Lufthansa Group is implementing extensive restructuring measures in all business units. In the fourth quarter, the Group expects this to result in non-cash one time and restructuring expenses. Their amount depends primarily on the further progress of negotiations with the social partners. The effects will be booked in Adjusted EBIT, for which a significant year-on-year decline is expected.
The average monthly operating cash drain, excluding changes in working capital, capital expenditure and one-off and restructuring expenses, is expected to be limited to around EUR 350 million in the fourth quarter. Adjusted free cash flow is expected to decline less in the fourth quarter compared to the third quarter due toa significantly lower volume of ticket refunds.
The Group remains on track for returning to a positive operating cash flow during the course of 2021. The prerequisite for this is that the pandemic situation allows for an increase in capacity to around 50% of pre-crisis levels.
A decision has been taken to significantly scale back operations for the upcoming winter months. In the winter flight schedule, 125 fewer aircraft will be operating than originally planned. In administrative areas, only activities that are necessary for operations, legally required or related to the necessary restructuring will take place.
“We are now at the beginning of a winter that will be hard and challenging for our industry. We are determined to use the inevitable restructuring to further expand our relative competitive advantage. We aspire to remain the leading European airline group following the end of the crisis,” says Carsten Spohr. 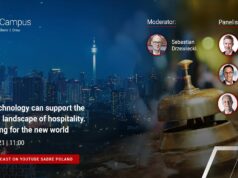 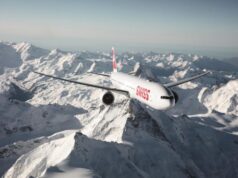