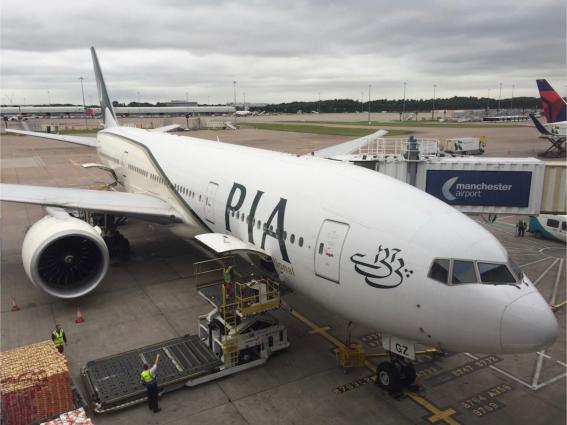 The European Union has banned Pakistan International Airlines from flying to Europe for six months.

It comes after revelations that up to a third of PIA pilots have obtained fake pilot licenses.

The pilot scandal has become an embarrassment for the airline and the country’s aviation industry.

Authorities say the pilots paid others to take the pilot exam on their behalf.

Four aviation officials have been fired and criminal charges are being considered.

European Union Aviation Safety Agency said it is ‘concerned about the validity of the Pakistani pilot licenses and that Pakistan, as the State of operator, is currently not capable of certifying and overseeing its operators and aircraft with applicable international standards’.

All pilots with licenses issued in Pakistan are being viewed with suspicion, as Pakistani pilots working for foreign airlines in Vietnam and the Middle East have been grounded while their licenses are reviewed.

The ban is effective from July 1, 2020 for six months, and can be appealed by the airline.

“PIA is in contact with EASA to allay their concerns and to take necessary corrective measures along with filing the appeal against the decision,” the airline said in a statement.