Αρχική Economy Bruno Le Maire’s speech – Minister for the Economy and Finance of...

Ladies and Gentlemen,
Over the last weeks, the world has been facing a major health crisis, which is already having a substantial economic impact on every continent, with no exception.

Contrary to the 2008 crisis, this economic crisis has a direct impact on the real economy: in France, hundreds and thousands of entrepreneurs, from the smallest to biggest, have been hit by this crisis.

This crisis is global. No country will be spared. The virus has no borders.

Value chains are completely interlinked and our economies are dependent on each other. Just as economic growth was global yesterday, the economic crisis will be global tomorrow.

And this crisis will be long. China was the first to be severely affected; then came Europe and now the United States.

This also means that economic recovery in Europe and throughout the world will be long, drawn out, difficult and costly.
There will be no miracle solution. Recovery will require countless effort:

Economic effort, to finance the recovery.

And some imagination effort, to build tomorrow’s world.

1. To tackle the crisis, France has acted fast and strongly
Already on March 6th, I presented to president Macron an emergency response plan, which is currently being implemented by the Prime Minister.

It is based on three pillars.

We set up a partial unemployment scheme worth approximately 11 billion euro, guaranteeing up to 4 and a half times the minimum salary. This is currently the most generous scheme in Europe.

Already 4 million employees benefit from it.

We have already deferred all social security contributions for all companies requesting it.

We have set up a Solidarity Fund and 330,000 companies have already made use of.

We introduced a state guarantee for all new loans – 40,000 companies already benefit from it, and have asked for 7 billion euros of loans, with an average loan of 135,000 euros per company.

I have sent to president Macron a list of companies that could potentially be jeopardised in the market.

We will be ready to resort to all means available to protect these companies, by increasing the share participation of the French State, recapitalising or, as a last resort, by nationalising.

Let me be clear, we will remain coherent in our economic policy. I am not calling for a state-administered economy. The State’s purpose is not to manage the economy. If nationalisations are needed, they will be temporary ones.

But the State is responsible for protecting its industrial flagship companies.

2. In this crisis, Europe also has a decisive responsibility

Europe has already taken the right economic and financial decisions. I want to pay tribute to these decisions.

But the EU now needs to go further and act strongly to support our economies.

We are actively working on it with all our European partners, especially with Olaf Scholz. I can assure you that the French-German economic and financial cooperation is positive and takes place on a daily basis.

The European Union should use all the existing crisis instruments.

I am thinking first of all about activating the European Stability Mechanism – with light conditionalities and without any stigma on any countries – something we should be able to agree on at the next Eurogroup.

I am also thinking about activating new financing from the European Investment Bank for a total amount of about 200 billion euros.

I am thinking lastly about creating an unemployment reinsurance scheme for a total amount of 100 billion euros as proposed by Ursula von der Leyen.

These 3 instruments could be our common European framework to immediately face the economic crisis.

In addition to this framework, the EU should be reflecting on long-term instruments that would be useful to restart the economy after the crisis.

Solidarity means common financial means to fit to the challenge.

Solidarity means to be able to pull together our resources to cope with the aftermath of the crisis.

Let’s avoid any ideological debates on Eurobonds or coronabonds !

There is one single political question: shall we stand together or not?

Shall we stand together, as a unified continent, to face the long term and dramatic consequences of the economic crisis, or shall we give to the world the sad image of a continent divided between the North and the South?

As the French President explained, we are one single continent facing the same crisis and we should stand together.

That’s why France has proposed to create an exceptional and temporary joint Fund dedicated to helping all EU countries kickstart the recovery phase in a coordinated way.

This Fund would have one strategic purpose: to help and coordinate the necessary economic stimulus that will be needed to restart the European economy once the health crisis is over.

This Fund would issue bonds with a joint and several guarantee of all EU Members States.

This Fund would be operated by the European Commission and would finance programs designed to increase the capacity of our healthcare systems and to kick-start the economy. It would operate in a way that will be coherent with the Green Deal and the industrial strategy put forward by the Commission on March 10th, especially to contribute to a relocation in Europe of strategic value-chains.

Countries would benefit from the Fund depending on the economic damage undergone as a result of the covid-19 outbreak.

The Fund would be limited in time, between 5 and 10 years and focused on the economic recovery.

To avoid any confusion with the current budget negotiations, it would not be within the Multiannual Financial Framework (MFF) but outside.

Common bonds issued by the Fund could be reimbursed in the long-term through a new and exceptional resource such as a solidarity tax or a contribution of Member States.

Finally, the EU should rethink its economic model with a strategic objective, which President Macron has referred to: economic sovereignty.

This pandemic is an occasion to reflect collectively on how to reorganise value chains; to reflect on the necessary investments for the health sector and on how to better protect our borders.

And we shouldn’t be scared of the word “protection”. Protection is not the same as protectionism.

Protection is the legitimate defense of our most strategic economic assets.

These events have shed new light on an already advanced assessment process that we started two years ago with German minister for the Economy Peter Altmaier.

For some time we have been asking for a new European industrial policy, an update of the EU’s competition policy and to work on limiting the industrial dependence of some strategic sectors, for instance electric batteries and artificial intelligence.

We have had the right intuitions about European industrial sovereignty. It is time we put these views into practice.

I am utterly convinced that, with this crisis, the European Union has a historical opportunity to become an economic and political superpower between the US and China.
The EU should seize this opportunity.

3. To conclude, I would like to stress that in every major economic crisis, the weakest are the hardest hit.
It is our responsibility to avoid a tragedy in developing countries, more specifically in Africa.

France supports in particular the idea of an SDR (Special Drawing Rights) allocation in the range of 500 billion dollars.

We should also introduce a swap line instrument at the IMF to provide liquidity support to countries in need.

And we support a moratorium on the debt for the poorest countries in the months to come. The Paris Club, which has a longstanding experience of dealing with such situations, should be at the forefront of the work on such an initiative.

As Economy and Finance minister, I fully understand how brutal this crisis is for all our citizens, as well as for all Europeans.

I am convinced that we will overcome this crisis. Our economies are strong. Our industry is solid. French and European technologies are up to the challenge.

If we stay together, we shall overcome the crisis. 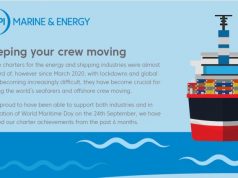 U.S. Elections 2020: Countdown and Beyond