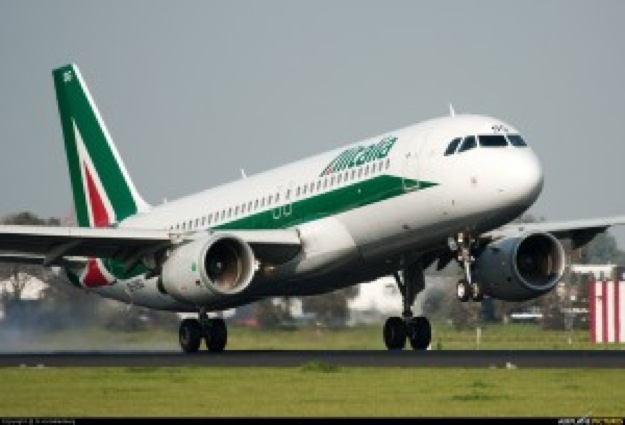 Alitalia closed the year 2019 with an increase both in passenger revenues (+1.7 per cent) and in number of long-haul travelers (+4.7 per cent). The year was also marked by the excellent on-time performance recorded by the Italian airline which has ranked second most punctual airline in Europe and seventh in the world.

The growth in revenues was driven in particular by the excellent performance of the long-haul sector which recorded in 2019 an increase by 5.3 per cent compared to 2018 and by 14.7 per cent versus 2017.

The intercontinental sector reached in December 2019 the twenty-sixth consecutive month of revenues increase, recording 10 per cent growth in long-haul revenues versus December 2018 and 18.3 per cent increase compared to the last month of 2017.

With 82.2 per cent of flights landed on schedule, in 2019 Alitalia was the second most punctual airline in Europe and the seventh in the world. Last year, compared with the previous twelve months, the Italian airline confirmed its place on the European ranking and improved its position from the eighth to the seventh place in the world ranking. This is a particularly satisfactory result for Alitalia, also considering the closure for three months of Milan Linate airport that inevitably affected the Airline operating performance.

The results were certified by Cirium, that acquired the society FlightStats. Cirium follows the “A14” on-time performance method, monitoring flights which arrive at the gate less than 15 minutes after the scheduled arrival time.

During 2019 Alitalia started to certify some maintenance workers as drone pilots. The Airline has in fact obtained the certification as flight school for remote piloting and a fleet of drones will be utilized by Alitalia during 2020 for technical monitoring activities on the Airline fleet. The inspection – conducted through high resolution photos and videos and thermal sensors – will allow to significantly reduce time by being able to work on the apron, without moving the aircraft inside a hangar. The drone flight school is coordinated by four Alitalia long-haul pilots who already have the necessary qualifications.

Cadet pilot courses continued for 53 cadets of the Alitalia Flight School. During the year, the students began the second phase of the training process with the first ‘solo flights’ carried out at the local ‘Rome Urbe’ airport.

In 2019 Alitalia saved thirty-three thousand tons of fuel thanks to efficiency measures carried out by the Operations department during the 193,832 annual operated flights. A significant amount that, in addition to considerable cost saving, also corresponds to an important environmental contribution, since it is equivalent to a reduction of around 105,000 tons of CO2 emissions into the atmosphere. The same amount emitted into the air by a truck that would have traveled for eight times around the world every day of the year.

The MilleMiglia Program has reached the milestone of 6 million members worldwide. In Italy, members are mainly concentrated in Lombardy, Lazio and Sicily, while the countries with the highest number of frequent flyers are USA, Brazil and Japan. The prevalent group of members is between 46 and 65 years old and the gender breakdown is 57 per cent men and 43 per cent women.

During 2019, the new MilleMiglia digital card was made available on the Alitalia App so that travelers can earn miles more easily. Also thanks to this innovation, in the last 18 months the rating of the Alitalia App on the Apple and Google digital stores increased from 2.2 to 4.5, out of 5 stars.

During 2019, the surveys aimed at monitoring the quality of ground and on-board services offered, showed an improvement in the overall customer satisfaction (+2.8 percentage points compared to 2018) and in the net promoter score (+6.5 percentage points versus the previous year), the indicator that measures customers’ propensity to recommend Alitalia to friends and relatives, based on their experience.

Confirmation of the growing passenger satisfaction about Alitalia services comes from the American monthly magazine Global Traveler that awarded Alitalia with two prestigious prizes in 2019: “Best Business-Class Seat Design” (for the second consecutive year) for the comfort of Magnifica’s long-haul Business Class lie-flat seats and “Best Airline Cuisine” award (for the tenth year in a row) for the quality of the meals served onboard, paired with award-winning Italian wines.