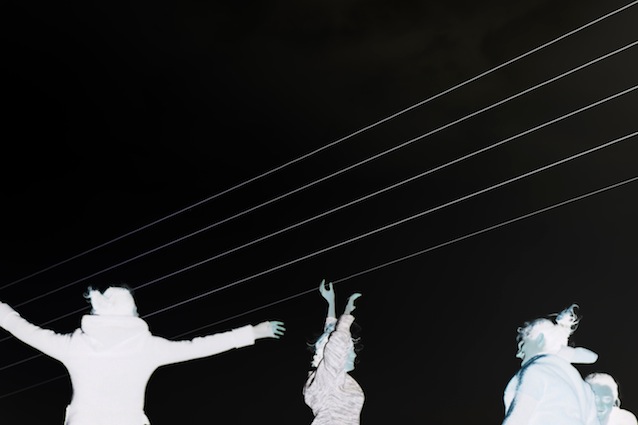 The actual goal is to fully coordinate themselves as a social unity and even for just a moment  Dressed simply, only in their underwear, the performers remain simple and almost naked within their own performance, each one walking in his own personal journey.  Dancing within a canvas shaped with simple paper strips, they follow circular paths  Their resemblances are slightly distorted, highlighting thus the differences in the way they perceive themselves and their environment.  Their tendency is common to all of us: a tendency for survival and preservation of life.

Androniki Marathaki after a two-week workshop, introduce us to the method she developed with her team in the research of the thematic “Love & Revolutions” (2016-2018) completed and presented under the title “Hi Jack . Hijack!” at the 5th Onassis Foundation’s New Choreographers Festival ®2018© .

In collaboration with TAF / the art foundation, she invites us to the outcome of the workshop which stand out as the longest “piracy” she ever attempted¨ while also diminishing the physical distance between viewer-performer . It is a version which turns more intimate, a charming “spy” of Dance, a call on how we perceive the relationship of the Art of Dance and its observation in relation to Life.

The audience can enter and exit throughout the action, choosing their viewing angle .