Regional Governor of Attica, George Patoulis: There are strong bonds of friendship with the Chinese people and significant prospects of collaboration in fields such as culture and thematic tourism.

In the context of its Tourism Promotion Strategic Action Plan, the Region of Attica under the coordination of the Directorate of Tourism and the Executive Regional Councilor for Tourism Promotion, Theodore Koutsogianopoulos, organised yet another press trip, entitled “Classical Athens: A Trilogy of Culture, Gastronomy and Wine”. The trip took place from 23 to 27 September 2019, with the valuable contribution of the Greek National Tourism Organisation Office in China and the Embassy of Greece in Beijing.

On the occasion of the foreign journalists’ visit, the Regional Governor of Attica, George Patoulis, stated:

“We have always maintained mutual bonds of friendship with the Chinese people. We are two countries with rich history and culture. There are great prospects of collaboration in fields such as culture, health and wellness tourism, education and sports. We were delighted to invite and host the Chinese Media representatives in Attica and give them the opportunity to experience its attractions and beauty. We will continue this course of action, reinforcing our extroversion”.

A group of eight (8) journalists from major Chinese media were hosted in Attica and were introduced to the treasures of cultural heritage and the diverse gastronomic scene of the region, in a trip that generously offered thrills and unique experiences. Participants in this press trip represented major Chinese printed and electronic media, new media, social media and blogs that specialise in tourism, wine and gastronomy.

Through the organised visits and tours at the Acropolis, the Ancient Agora and the Pnyx, the Chinese journalists marveled at world-famous archaeological sites and monuments of rare beauty, while they were impressed by the museums of Greece’s capital city. The Temple of Poseidon in Sounion truly thrilled the tourism journalists and bloggers, who enjoyed the time they spent at a nearby beach and dived into the crystal clear waters of the Saronic Gulf. 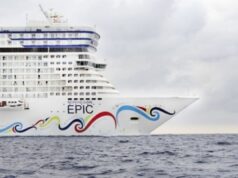 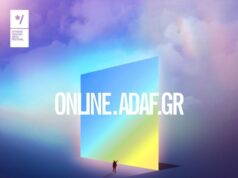