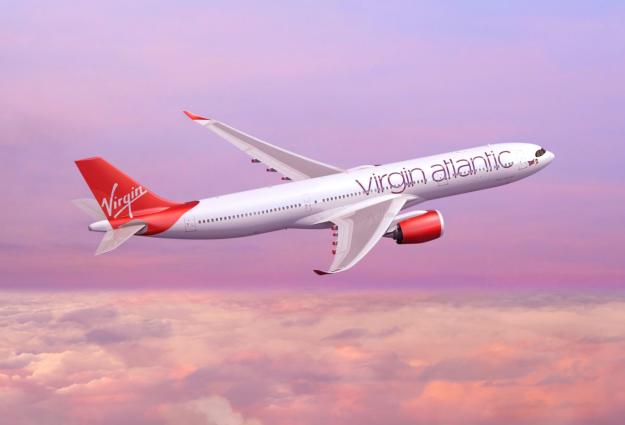 Virgin Atlantic has unveiled ambitious plans for Heathrow when the airport’s third runway is complete. 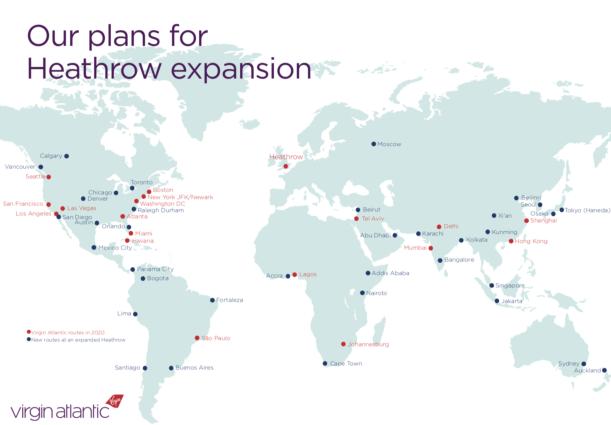 It wants to compete head on with British Airways’ parent IAG by expanding its network fourfold to more than 100 routes, including unserved long-haul destinations such as Kolkata, Jakarta and Panama City. 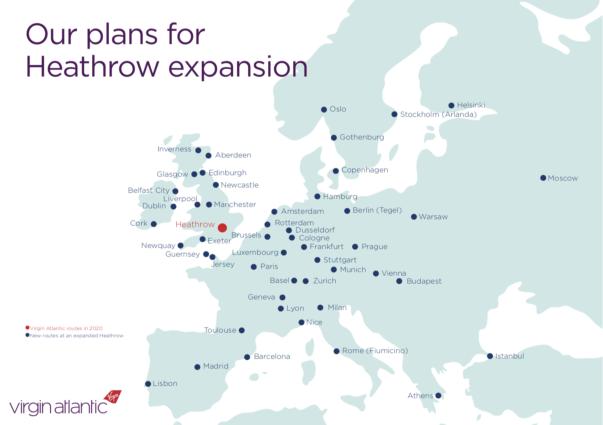 Virgin also outlined plans for domestic routes, such as Belfast, Glasgow and Manchester, and short-haul destinations such as Barcelona, Dublin and Madrid.

But it said it can only challenge IAG’s dominance at Heathrow if the UK Government changes the way new slots are allocated, something which is currently being reviewed.

Virgin claimed IAG holds more than 55% of all the take-off and landing slots at Heathrow, with no other airline holding more than 5% of the remaining slots.

When Heathrow is expanded, Virgin said it intends to compete on 26 routes where it claims there is an IAG monopoly.
“Never has the need for effective competition and choice at Heathrow Airport been more evident than during this summer of disruption, which has brought misery for tens thousands of travellers,” said Shai Weiss, CEO Virgin Atlantic.

“Britain, and those who travel to it, deserve better than this.  Air passengers need a choice and Virgin Atlantic is ready to deliver when Heathrow expands.

“Heathrow has been dominated by one airline group for far too long. The third runway is a once in a lifetime opportunity to change the status quo and create a second flag carrier. This would lower fares and give real choice to passengers, as well giving Britain a real opportunity to boost its trade and investment links around the world.

“Changing the way take-off and landing slots are allocated for this unique and vital increase in capacity at the nation’s hub airport will create the right conditions for competition and innovation to thrive.” 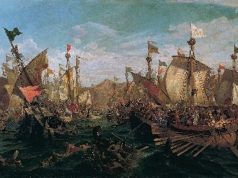