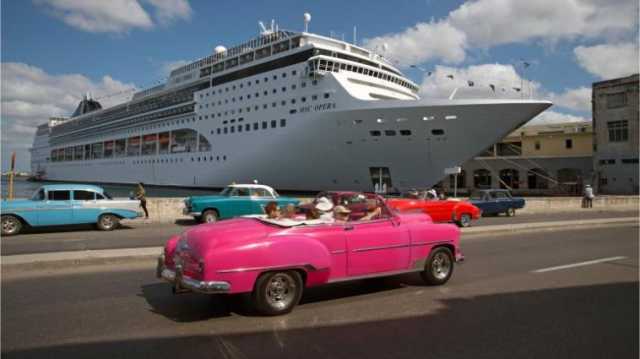 US cruise lines have been forced to cancel trips to Cuba, affecting almost 800,000 passengers worldwide.

The US government yesterday announced an immediate implementation of new regulations banning previously approved cruises from the States to the Caribbean island.

As a result, CLIA said US cruise lines had been forced to eliminate all Cuba destinations from itineraries immediately.

It said this affects almost 800,000 passenger bookings that are currently scheduled or already underway.

US citizens have long been banned from taking independent trips to Cuba, but under previous US President Barack Obama’s regime new rules allowing ‘people to people’ or group travel were introduced. However, the Trump administration said it wants to steer American dollars away from ‘the Cuban regime, and its military and security services, who control the tourism industry in Cuba’.

“We are disappointed that cruises will no longer be operating to Cuba,” said CLIA chairman Adam Goldstein. “While out of our control, we are genuinely sorry for all cruise line guests who were looking forward to their previously booked itineraries to Cuba.”

Norwegian Cruise Line said it is closely monitoring the situation and will contact guests and travel partners with information when details are available.

Carnival Corporation said its brands would no longer be permitted to sail to Cuba ‘effective immediately’.

“Currently, Carnival Corporation is sailing to Cuba on Carnival Cruise Line and Holland America Line, and Seabourn has been scheduled to begin sailing in November to Cuba. Additional details will be provided for currently booked cruises by the cruise lines,” it said.

MSC Cruises said it is currently reviewing and working through the details of the administration’s Cuba policy to assess the scale and timing of its effect on its cruise sailings from the US to Cuba.

Viking Ocean Cruises said it has one remaining call in late December 2019 and is currently reviewing its options for that and early 2020 sailings. “Once confirmed, guests and travel partners will be notified directly,” it added.

The ban is a blow to Virgin Voyages, whose first trip was due to sail from Miami to Cuba. In a statement, the new cruise line said: “While we are disappointed, the beauty of sea travel means that we have the flexibility to take our ships to many wonderful destinations.

“The Virgin Voyages’ crew is hard at work making necessary adjustments to any affected sailings that feature a stop in Cuba next year. Virgin Voyages will be announcing and opening sales on adjusted voyages featuring a new destination early next week.

“Virgin Voyages’ existing booking policies allow all sailors the flexibility to move to another voyage date without penalty. When we announce a new port-of-call next week, we will implement a special policy for affected Cuba bookings.”