Αρχική News in English The “Byzantine Cultural Routes and Unknown Treasures of Attica” were showcased in...

Consistently following through on its Tourism Promotion Strategic Action Plan, the Region of Attica organised a Press Trip on the “Byzantine Cultural Routes and Unknown Treasures of Attica”, from 25 to 28 February 2019, under the coordination of the Directorate of Tourism and the Executive Regional Councilor for Tourism Promotion, Ms Eleni Dimopoulou.


Seven (7) leading journalists from major Russian Media – daily newspapers of wide circulation, as well as religion and culture magazines, both printed and online – were hosted in Attica and had the chance to immerse into the rich Byzantine history and culture of the region. 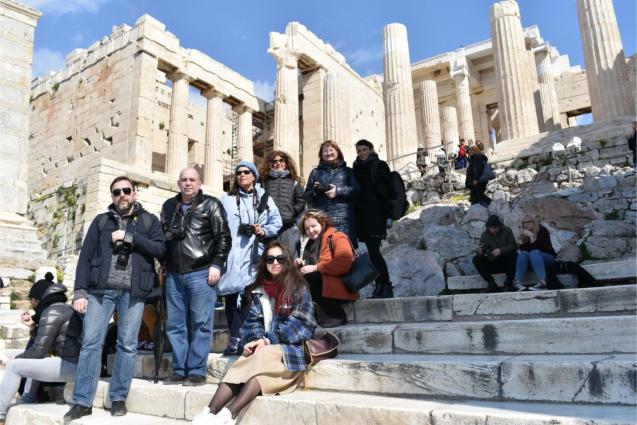 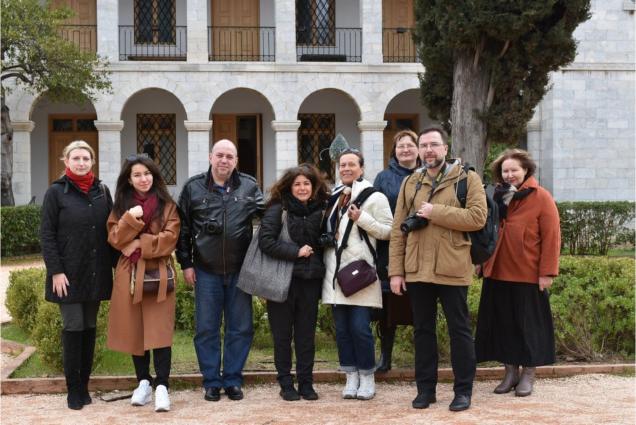 The Russian journalists enjoyed the visits and guided tours at Dafni and Kaisariani Monasteries, at the Holy Monastery of the Dormition of Mother of God in Penteli, and the Holy Church of Lykodemos Sotira (Russian Church), where they had the chance to marvel at the stunning architecture and wonderful frescos of the churches and discuss with the priests and monks.

The permanent exhibition at the Byzantine and Christian Museum entitled “The Byzantine Empire”, as well as the iconic Orthodox churches in the centre of Athens, such as the Metropolitan Cathedral of Athens and the medieval Christian Church of Panagia Gorgoepikoos, also known as the Church of Agios Eleftherios or “small cathedral”, absolutely impressed the Russian journalists. 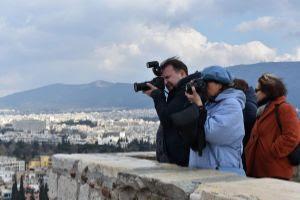 The routes in Athens historical centre revealed the breathtakingly beautiful districts of Plaka and Monastiraki to the participants in this Press Trip, who also had the opportunity to admire the scattered churches in popular commercial streets of the city (Panagia Kapnikarea and Church of Agia Eirini), and around the Acropolis hill.

At the Acropolis of Athens, the Ancient Agora and the Stoa and Museum of Attalus, the Russian journalists marveled at the treasures of ancient Greek culture and civilization. After their visit and guided tour at the impressive Acropolis Museum, they enjoyed a delightful lunch at the museum’s restaurant, overlooking the Parthenon.

The Russian Media representatives had the opportunity to savour unique flavours of Attica’s gastronomy, while they were also given guided tours in beautiful districts outside Athens, such as Kifissia, Paleo Faliro, St. George’s Park – Trocadero and Flisvos Marina. 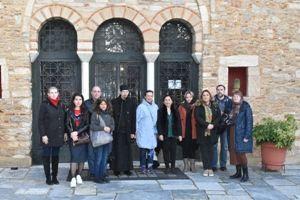 All participants in the Press Trip “Byzantine Cultural Routes and Unknown Treasures of Attica”, which was organized and financed by the Region of Attica, with the support of the “Greek-Russian Association for Friendship and Cooperation”, expressed their satisfaction and gratitude for the opportunity to get to know the Byzantine history of Attica, realising at the same time the many common features between the two peoples.

During a special presentation that took place on Monday, 25 February at a central hotel in Athens, the executives of the Region of Attica Directorate of Tourism featured the competitive advantages of Attica and its individual destinations, emphasising on the mature tourism products that mainly interest the Russian travel market.

At the presentation, the foreign journalists who were hosted by the Region of Attica Directorate of Tourism received a warm welcome by the Executive Regional Councilor and member of the Committee of Culture, Ms Kalliopi Vetta and the Executive Regional Councilor for Tourism Promotion, Ms Eleni Dimopoulou, who stated: “We are pleased to welcome journalists from established Russian Media in Attica, aiming at highlighting the continuity from ancient Greek civilisation to Byzantine history and art through time, and showcase the – unknown to many – Byzantine aspect of Attica.”

After the end of the presentation, the regional councilors and the executives of the Region of Attica Directorate of Tourism thoroughly discussed with the foreign journalists and exchanged views and ideas, setting the foundation for future printed and electronic publications for the tourism promotion of the Region of Attica in the Russian travel market.