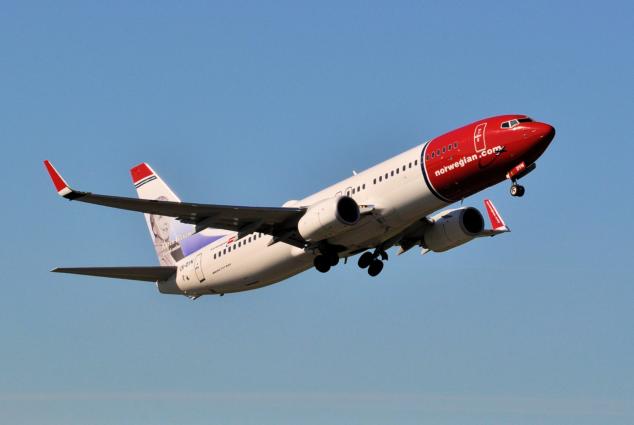 Service will begin on Monday, 1 July, and will be summer seasonal until Saturday 26 October; it will operate four times per week —every Monday, Wednesday, Friday and Sunday— with one-way fares from €169.90 in Economy and €599.90 in Premium, including taxes.

Matthew Wood, Norwegian’s SVP of Commercial Long Haul and New Markets for Norwegian said: “Already serving most of Europe’s top destinations from Spain all the way to Sweden, Athens is an exciting addition to our transatlantic route network. It will be our 13th European nonstop destination into New York this summer.

“Since July 2018, we’re the largest non-North American airline to serve the New York City area, based on passenger numbers, according to data from the Port Authority of New York and New Jersey, and we hope that good reception amongst Greek passengers will contribute to cement this leadership position”.

Elena Kountoura, the Minister of Tourism of the Hellenic Republic stated: “Greece is a top holiday destination and Norwegian’s exciting announcement allows for more Americans to experience all the magic that Greece has to offer. This news is a response to our call for enhancing air connectivity between Greece and the United States and we thank Norwegian for answering the demand. We welcome Norwegian to Greece and expect this new route to contribute in the growing numbers of tourists to our country.”

Ioanna Papadopoulou, Director, Communications and Marketing, Athens International Airport said: Norwegian’s summer direct operations on the Athens – New York / JFK route is a fantastic development for our airport; it enhances Athens’ connectivity and offers to the passengers on both sides of the Atlantic –   including the dynamic and vibrant Greek American community – more traveling options.

In addition to New York, this summer Norwegian will connect Athens with four Nordic capitals: Norway’s Oslo, Sweden’s Stockholm, Denmark’s Copenhagen, and Finland’s Helsinki, with services lasting from March to October, and fares starting for as low as €58.57 one-way, taxes included.

This new route will be operated by the Boeing 787 Dreamliner, offering a Premium and Economy cabin. Norwegian operates one of the world’s youngest and greenest fleets, and has been named the Most Fuel-Efficient Airline on Transatlantic Routes by the International Council on Clean Transportation twice.

All flights are available at Norwegian.com/en, and to find the most affordable fares, go to the low fare calendar. Passengers on all of Norwegian’s routes are eligible to join Norwegian Reward, the airline’s award-winning loyalty program and can earn CashPoints every time they fly, book a hotel or rent a car. In 2018, Norwegian Reward was named Program of the Year Europe and Africa for the second consecutive year.

Norwegian is the world’s fifth largest low-cost airline and carried more than 37 million passengers in 2018. The airline operates more than 500 routes to over 150 destinations in Europe, North Africa, Middle East, Thailand, Caribbean, North and South America. Norwegian has a fleet of more than 150 aircraft, with an average age of just 3.8 years, making it one of the world’s youngest and “greenest” fleets. Norwegian has been named the Most Fuel-Efficient Airline on Transatlantic Routes by the International Council on Clean Transportation (ICCT) twice. Norwegian has been voted ‘Europe’s Best Low-Cost Airline’ by passengers for six consecutive years at the SkyTrax World Airline Awards 2013-2018, along with being named the ‘World’s Best Low-Cost Long-Haul’ Airline’ for the past four years. Norwegian employs approximately 11,000 people worldwide.