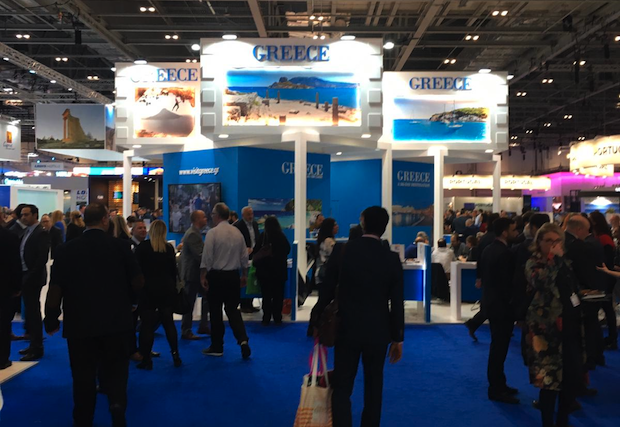 Best-selling author Victoria Hislop was a surprise guest of the Greece National Tourism Organisation at WTM London, where she revealed she is hoping to work with the tourist board to transform some of her short stories into films that will “introduce people to a different side of Greece”.

During a press conference by the tourism Minister Elena Kountoura, Ms Hislop, who has written several books based in Greece including the best-selling novel The Island, said she is discussing the possibility of the Greece National Tourist Board sponsoring the short films, which are set off the beaten track in locations such as monasteries and small, little-known villages.

The short stories, which are due to be filmed next year and should be screened in 2020, are likely to be popular as the final episode of the recent TV adaptation of The Island was watched by 75% of viewers in Greece. “They will take people below the surface and introduce them to another side of Greece, away from the seaside resorts because it would be a shame to visit Greece and see only the beach,” added Ms Hislop.

Ms Kountoura said Greece’s tourism industry had “performed a small miracle” for the Greek economy, which has grown 2.1% this year and is expected to grow a further 2.5% in 2019, its highest rate of growth for 10 years. Tourism accounts for 20% of Greece’s GDP, contributing €35 billion a year to the economy. International visitor spend has already reached €17.1 billion this year and further growth is expected before the end of the year.

The minister described the tourism industry’s performance over the past four years, including a record year for tourist arrivals in 2018, as “beyond everyone’s expectations”.  Arrivals are up 33% compared with 2014, and in 2018 international visitor numbers are expected to exceed the tourist board’s 32 million target, having smashed through the 30 million barrier in 2017. Two million air seats and 26,000 hotel beds have been added this year. 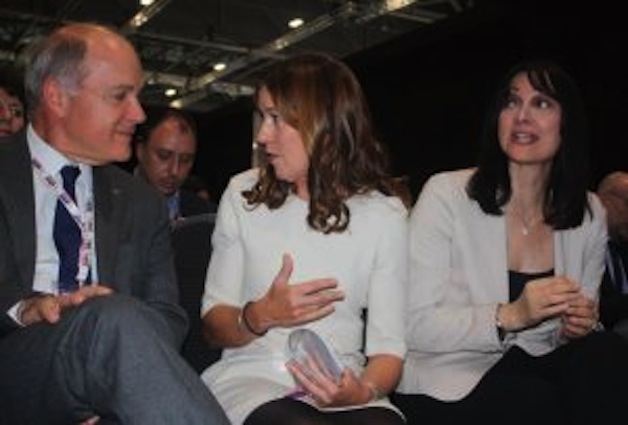 One of the drivers behind the growth in tourist arrivals is the extension of the season, which now starts as early as March and continues until November. Ms Hislop encouraged tourists to visit in spring, which is the best time to go hiking in Greece and experience the wild flowers, and to visit Athens and Thessaloniki in the winter, when the heat is less oppressive, she said. “Our aim to establish Greece as a 365- day destination is now becoming a reality,” added the minister, “and we are adding more destinations.”

There are also plans to upgrade the quality of some of Greece’s four- and five-star hotels to increase the country’s appeal to lucrative markets, such as health tourism and golf holidays, and Greece is looking to attract more cruises by developing six new ports and several smaller marinas. Ms Kountoura said that in the future there would also be more flights from more airports. “We are aiming to introduce more dynamic packages, with larger airlines combined with smaller islands,” she added. “We are here at WTM to discuss new opportunities with tour operators and airlines.”

More press trips and fam trips will be organised by the Greece National Tourism Organisation to promote the country’s tourism industry which, said Kountoura, is “the biggest investment in Greece’s future”. The UK market will be a top priority, she added, as it has grown 10% this year and now accounts for 3.2 million tourists to Greece. “I would like to thank our UK holidaymakers for choosing Greece,” she added. “I expect this strong dynamic from the UK will continue in 2019.”