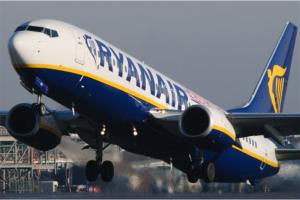 Ryanair launched its Greek Summer 2019 schedule with 21 new routes, including exciting connections such as Athens-Marrakesh, Corfu-London Southend, Mykonos-Bordeaux and Thessaloniki-Dublin, with over 120 routes in total, which will deliver 6.1m customers p.a. through Ryanair’s 9 Greek airports, as it grows its international summer traffic by 6%.

Greek consumers and visitors can now book their holidays on 124 routes as far out as October 2019 at the lowest fares. To celebrate, Ryanair has launched a seat sale on routes from Greece available from just €14.99, for travel in October to December, which must be booked by midnight Friday (12 Oct) only on the Ryanair.com website.

“We are pleased to launch our Greek Summer 2019 schedule, with 124 routes, including 21 new routes to/from exciting new destinations such as Bordeaux, Malta and Marrakesh, which will deliver 6.1 million customers through our 9 Greek airports, who will support and sustain over 4,500 ancillary jobs* in Greece.

Ryanair has carried over 27 million customers to/from Greece since our first flight in 2010 and Ryanair continues to grow Greek summer traffic, routes and tourism. To celebrate the launch of our Greek Summer 2019 schedule we are releasing seats for sale on routes from Greece just €14.99 for travel in October to December, which are available for booking until midnight Friday (12 Oct). Since these amazing low prices will be snapped up quickly, customers should log onto www.ryanair.com and avoid missing out.”