Αρχική News in English Space Tail: Legendary Dog to Leave his Mark on another Epic Journey 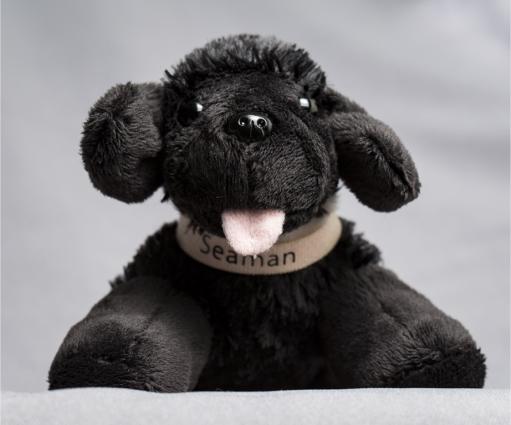 One small step for a dog, one giant leap for canines. Fifty years ago, the National Trails System was created to help connect people and the land. To celebrate that milestone, the National Park Service and the National Aeronautics and Space Administration (NASA) will send a small, plush version of Seaman, the legendary dog that explored the frontier with Lewis and Clark, on a new mission aboard the International Space Station.

Seaman, a Newfoundland dog owned by Meriwether Lewis, was an important member of the famed Lewis and Clark Expedition of 1804-06. On that journey, Seaman traveled thousands of miles and was known as the greatest traveler of his species at the time. Starting on June 29, his replica will be launched into space aboard a resupply mission to the International Space Station for a new journey of millions of miles.

The toy dog will spend the next several months orbiting the earth and connecting people to technology and exploration through his adventures. While there, he and his astronaut companions will survey and photograph parts of the 3,700-mile long Lewis and Clark National Historic Trail, one of 30 national scenic or historic trails. Those wishing to get a glimpse of the space station as it flies overhead can track his travels on NASA’s Spot the Station website.

Meanwhile, on earth, four similar stuffed toy pups will follow in the paw steps of the original Seaman and trace the path that Lewis and Clark’s Corps of Discovery took on its westward expedition from the Plains to the Pacific.

Team members for the Lewis and Clark Expedition were carefully selected for their courage and resolution and Seaman was no exception. Lewis purchased the dog for $20 in 1803, an amount that equaled two weeks of pay for the Army captain, and Seaman repeatedly proved his worth. Throughout the journey, the strong, smart, affable dog served as watchdog, protector, hunter, retriever, loyal companion, and diplomat.

“Two hundred years ago, this dog provided valuable assistance to his human companions as they forged through the wilderness, exploring a new frontier,” said National Park Service Deputy Director P. Daniel Smith. “Now, Seaman’s story continues as he sets off on a new adventure to help guide us through the frontier of space.”

NASA and the National Park Service have coordinated through the years on many science and technology-related projects and events, including astronaut training in parks, the Earth to Sky partnership, and last year’s total solar eclipse activities in national parks. The pup in space will help mark the 60th anniversary of NASA and the 50th anniversary of the National Trails System.

This collaboration provides a tangible connection between the explorers of the Louisiana Territory and the explorers of space. The themes of daring expedition, bravery, adaptability, exploration, diversity, technological advancement, and seeking new knowledge and understanding are common to both NASA and the Lewis and Clark National Historic Trail.