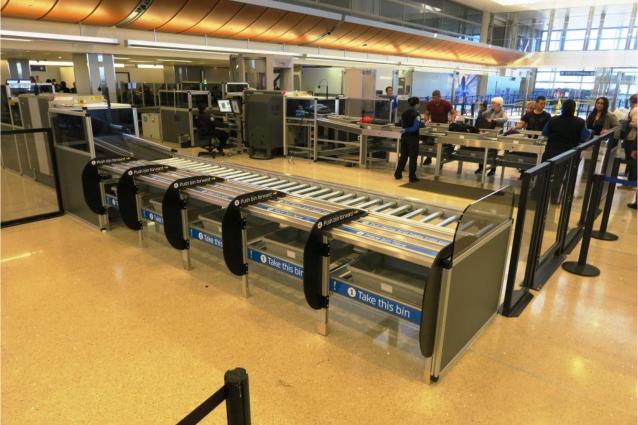 AT TOM BRADLEY INTERNATIONAL TERMINAL THANKS TO 14 AUTOMATED SCREENING LANES

“We’re very excited that all 14 new Automated Screening Lanes are now available for use, as they can increase the number of passengers screened by as much as 30 percent over the old screening lanes, making it faster, more efficient, and less stressful for our guests to go through the TSA-screening process, and improve their overall LAX airport experience,” said Trevor Daley, Deputy Executive Director for External Affairs, LAWA. “Because there are five individual stations where travelers can place their items in trays, people who have fewer items for screening can move through faster while guests who need a little more time do not feel as rushed.”

The new ASLs provide the foundation for future security enhancements and assist in decreasing the overall passenger transit time, thus providing faster processing times and superior customer experience. They allow as many as five guests to place their items in trays simultaneously and submit them for screening without waiting on the first person to complete the process. Guests then line up at the body scanner or metal detector.

The work began in July 2017, and involved replacing 14 of the checkpoint’s 16 lanes with the new technology. The remaining two lanes were also replaced, but are using the traditional screening system so they can handle odd-sized items that cannot be processed in the ASLs. The lanes were installed in groups of two and three while the checkpoint continued to operate.

“This project came in ahead of schedule and under budget,” said Aura Moore, Chief Information Officer, LAWA. “From the airport’s perspective, the collaboration and partnership between LAWA, TSA, and the contractor was key to bringing these new lanes online with minimal impact to our international travelers. For the LAX guest, this is a great example of how technology will help speed their journey through the airport while also improving safety and security.”

“The completion of the Automated Screening Lane project at TBIT is indeed a milestone that was reached because of the outstanding partnership between TSA and LAWA,” said Keith Jeffries, the TSA Federal Security Director at LAX. “TSA pledges to continue its focus on security operations while embracing innovative technologies.”

LAX now has 27 ASLs in operation, with the technology also offered at Terminals 2, 4 and 7. According to the TSA, LAX has the most such lanes of any airport in the U.S. Three more lanes are expected to open in Terminal 3 later this year.

Other features of the ASLs include bins that are 25 percent larger than a typical tray and are able to hold a roll-aboard bag. Unique Radio Frequency Identification (RFID) tags are attached to each bin, allowing for additional accountability of a traveler’s carry-on property as they move throughout the security screening process.

A video demonstration showing passengers how to use the new lanes can be viewed and downloaded at https://lawa.box.com/s/76d8ur7wcoxprucmrawxtueimwqs1ryo. 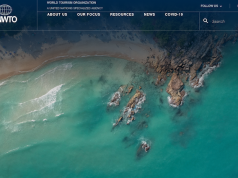