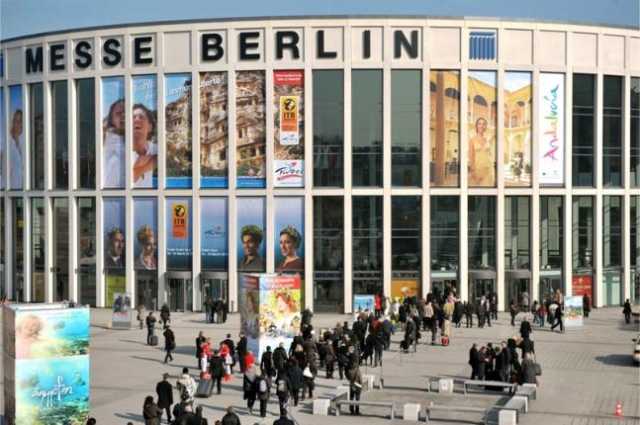 The show is almost fully booked – Large increase in exhibitors from South America, the Arab countries and Asia – Travel Technology is booming – Focus on Luxury Travel

The countdown to the 52nd ITB Berlin from 7 to 11 March 2018 has begun: many of the halls at the World’s Largest Travel Trade Show are already fully booked. Altogether, the show’s management expects around 10,000 exhibitors and organisations from over 180 countries and some 110,000 trade visitors to attend the 26 halls on the Berlin Exhibition Grounds. The focus is on Mecklenburg-Vorpommern, the partner region of the show. It is organising the opening event which for the first time will leave a zero carbon footprint, setting an important trend. Over the five days of the show the German federal state will be exhibiting its wide range of tourism products in Halls 6.2a and 4.1.

”The outstanding number of bookings this year once again underlines ITB Berlin’s role as a driving force and the event mirroring the global tourism industry. Particularly in an age of political unrest, overtourism and the ongoing digital transformation, the industry faces new challenges. Against this backdrop the World’s Leading Travel Trade Show has become important for exhibitors and trade visitors as a networking platform and reliable indicator of the economy“, said David Ruetz, Head of ITB Berlin.

Demand for places at ITB Berlin is particularly high from Arab countries, Asia and South America. In Peru especially, tourism has become an increasingly important economic factor. As an emerging travel destination the United Arab Emirates (Hall 2.2) are now expanding into the market. Abu Dhabi has almost doubled the size of its stand, and the displays of Ras al-Khaimah and Fujairah are much larger than last year.

In Hall 26 Vietnam and Laos will be occupying more than twice the floor size of 2017. Japan has also significantly increased its representation. A number of exhibitors including Thailand, Malaysia, Myanmar and Taiwan will be welcoming visitors on two-tier stands. ”Demand for two-tier stands has never been so high“, said David Ruetz. All the regions from the Caribbean are exhibiting in Hall 22a, a clear sign that even after the hurricanes they are still worth a visit. Martinique and Jamaica have even increased their stand size.

Egypt (Hall 4.2) will be making an emphatic return with a larger stand. Equally, as the largest exhibitor at ITB, Turkey will again be demonstrating that this colourful destination has lost none of its fascination. In Hall 3.1 bookings by the US and Russia have reached last year’s levels, while waiting lists exist for Ukraine and Tajikistan. The same applies to Nepal and Sri Lanka in Hall 5.2, where demand for individual stands is particularly high.

Hall 5.2b, where India is featured and which once again is fully booked, it was not possible to fulfil all the requests, so that there are now waiting lists. Rajasthan with its picturesque palaces will be represented again in 2018, along with numerous co-exhibitors. The state of Jharkhand is a newcomer to the show, as are Earth Routes and many smaller tour operators in this hall, where ayurveda and yoga will be major attractions again.

European destinations will also be attracting more attention with larger stands at ITB Berlin. Thus, the Czech Republic (Hall 7.2b), the UK (Hall 18) and Sardinia (Hall 1.2, featuring Italy) will be occupying larger stands. In Hall 1.1 Portugal will be exhibiting its products on an area that has grown by one-third. This year, in addition to Hall 15, Polish regions and hotels can also be found in Hall 14.1. Demand by Romania and Slovakia is high in Hall 7.2b, where there is a waiting list, as there is for Hall 1.1, which features Greece.

After long absences Belize, Guayana, French Guiana and the Turks and Caicos Islands will be returning in 2018.

Adventure tourism and sustainable travel are important for the younger generation. This trend is reflected by the fact that Hall 4.1 is now fully booked. In the Luxury Travel segment the Loop Lounge @ ITB will be celebrating its debut in Hall 9. In cooperation with Loop, the trade fair for luxury products, ITB Berlin has created a new platform for networking exclusively with a select group of exhibitors. On the Thursday of the show the first ITB Luxury Late Night will provide an opportunity to cultivate the contacts previously made. At this new outstanding networking event at Orania.Berlin, a new Boutique Hotel, exhibitors will be able to meet leading buyers from the global luxury travel market. The event will be opened by Dietmar Müller-Elmau, the managing director of Schloss Elmau. Participation is by special invitation only.

The huge prospects that medical tourism has to offer the global tourism industry will be highlighted at ITB Berlin. Due to high demand this segment, which was introduced only last year at the World’s Largest Travel show, is moving to a larger hall (21b). A growing number of international exhibitors will be represented here, including from Poland, Croatia, the Dominican Republic, as well as two Turkish hospitals and Visit Jordan. Newcomers from Germany will include VisitBerlin and Berlin Health Excellence, as well Mecklenburg-Vorpommern, which as the partner region of ITB Berlin 2018 will occupy a large stand. As in 2017, visitors to the presentation area can find out about developments and trends in medical tourism, for instance at a presentation on Tuscany’s many spas, or at a lecture by HTI Conference Zagreb on Thursday, 8 March. The Health Tourism Industry Conference, the number one event in Europe, is also the official partner of the Medical Tourism segment. Taking place on Gendarmenmarkt on Friday, 9 March, the ITB Medical Night sponsored by Tuscany will provide an exclusive networking opportunity. Participation is by special invitation only.

ITB Berlin currently features the widest-ranging Gay & Lesbian Travel (LGBT) segment at any trade fair, and it is continuing to expand. Newcomers in Hall 21b will include Colombia, New York, Bilbao, Costa Rica and Thailand, which for the first time will be the official ‘presenting partner’ of the LGBT Pavilion. Interesting presentations on LGBT travel are scheduled on the Pavilion’s own stage. Events will also include a reception by the Berliner Pink Pillow Initiative.

The Travel Technology segment is booming and the waiting list is long. ”Unfortunately, for capacity reasons we have been unable to meet every request for floor space“, said David Ruetz. Exhibitors including eNett, Traso, Triptease and Paymentwall, which have increased their display areas, returning exhibitors, among them Travelport, as well as the Hospitality Industry Club, a newcomer, will be highlighting the excellent prospects of this fast-growing segment. Chinese exhibitor numbers are growing especially fast. The online portal Ctrip will be exhibiting its products at ITB Berlin for the first time. Other newcomers from China will include Flightroutes, Ucloudlink, Letsfly, Qyer and Qup.

For the third year running ITB Berlin will be organising the ITB Chinese Night, where visitors can find out more about the Chinese travel market, exchange views and establish new contacts. This year’s event on Wednesday, 7 March is being co-organised by Jin Jiang International and Ctrip and will welcome around 300 representatives of the travel industry (www.itb-china.com/itb-berlin-chinese-night/). At the ITB China 2018 Preview on Thursday, 8 March, from 4 to 6 p.m. at the CityCube Berlin, visitors can also find out about the fast-growing travel market and major attractions at ITB China, which from 16 to 18 May will be taking place for the second time.

Trade visitors who would like to find out more in detail about this year’s events at ITB China and ITB Asia can do so on the two ITB Global stands in Hall 3.2 (Stand 625) and Hall 20 (Stand 110)