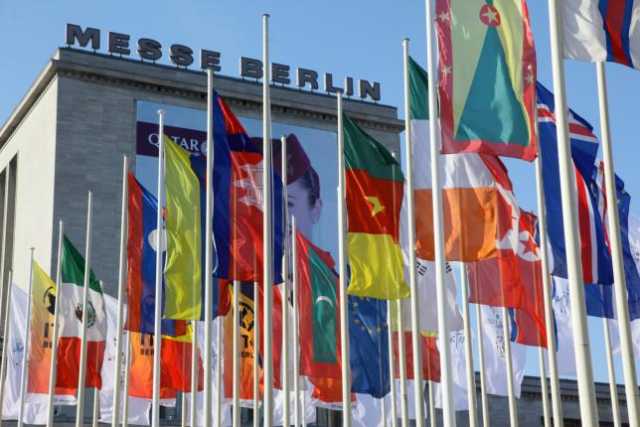 Even bigger and even more diverse: From 7 to 11 March 2018 ITB Berlin will present the world’s largest display of holiday products and services and the latest LGBT travel trends at a single show. This year, this fast-growing segment will feature a number of new exhibitors at the LGBT Travel Pavilion (Hall 21.b). At the LGBT Presentation Corner, now a firmly established event, there will be lectures on the latest topics, workshops, product presentations and numerous networking events.

It is also thanks to ITB’s engagement in recent years, that LGBT travel has developed from a niche product to an internationally recognised segment in the travel world. With the legalisation of civil partnerships, LGBT travel is now booming in many countries. This has opened up new markets and created new travel experiences, such as honeymoon tourism and rainbow family cruises“, said Rika Jean-François, CSR officer at ITB Berlin.

The interest shown by new exhibitors clearly reflects the dynamic situation in this market. Taking part for the first time this year will be Thailand, New York State, Bilbao Tourism, Costa Rica, Colombia and Christopher Street Day Berlin who will be celebrating their debut with an individual stand at the World’s Largest Travel Trade Show. Numerous exhibitors have announced their return, among them Aspen/Snowmass, the region of Valencia, Fort Lauderdale, Enjoy Illinois, Ontario Tourism, Argentina, as well as numerous partners from Japan, including the Gran Via Hotel in Kyoto, Ella Travel, TomOnTour and the International Gay & Lesbian Travel Association (IGLTA). This year’s official ’Presenting Partner’ is the Tourism Authority of Thailand. New York State, Enjoy Illinois and Choose Chicago are also partners of the LGBT segment at ITB Berlin.

LGBT session at the ITB Convention, networking events and parties

As diverse as the exhibitors in the Gay and Lesbian Travel Segment will be the accompanying program: On Friday, 9 March, taking place for the first time at the Palais am Funkturm, the LGBT session at the ITB Convention will be an important event. Starting at 12 midday, experts will talk about the ’The corporate and external impact of LGBT networks‘ and highlight how tourism professionals can make better use of diversity networks, something that tourism companies often underestimate. Afterwards, the presentation of the ITB LGBT+ Pioneer Award will take place for the first time. The winner will be announced on the spot. In the future, this award will be handed over annually at ITB Berlin to outstanding destinations, tourism companies and personalities who have made an important impact in creating worldwide acceptance for LGBT travel.

On Wednesday, 7 March, at the CityCube Berlin, the LGBT Media Networking Brunch will take place for the 5th time. At this international networking event members of the media can gather in a relaxed atmosphere and mingle with representatives of destinations and product providers, in order to discuss their LGBT special travel trends and news. In addition to ITB’s ’Presenting Partner’, the Tourism Authority of Thailand, official ‘Supporting Partners’ will also be present: Enjoy Illinois & Choose Chicago as well as TomOnTour, New York State. The press can also meet representatives of Visit St. Petersburg/Clearwater, the US Travel Association, Team Japan, Vienna Tourism, Visit Berlin/Pink Pillow Collection Berlin and Visit Stockholm.

Also taking place on Wednesday, 7 March, will be the Visit Berlin Pink Pillow Reception at the LGBT Pavilion in hall 21b and the popular Gay ITB Party by TomOnTour at The Reed Club. This party, which is by special invitation only, has already acquired cult status. The Ontario Tourism Reception on Thursday, 8 March at the LGBT Pavilion will provide another great opportunity to meet up and network.

On the evening of Friday, 9 March, the IGLTA & Axel Hotel will be inviting visitors to a party at the Axel Hotel where donations can be made to the IGLTA Foundation, which is supported by ITB Berlin. And on Saturday, 10 March, trade visitors, members of the media and the community will come together to enjoy the Pink Pillow Breakfast at the Mercure Hotel Berlin City.

For members of the public, a visit to ITB on the weekend (10 and 11 March) will definitely be worth their while. The Florida Keys and Key West will be inviting visitors to be surprised by a live promotion act at the LGBT Pavilion. Another highlight will be the performances by the ‘Querplattler’ group. This gay folk dance group, the first of its kind in Berlin, performs in traditional Bavarian outfit from the Chiemgau reFilligion. A number of shows will take place on Saturday starting at 2.45 p.m., and on Sunday from 1.30 p.m. As a contrast Argentina will fascinate tango enthusiasts with its popular Queer Tango Show, which will take place on Saturday at 1.30 p.m. and on Sunday at 3.30 p.m., at the LGBT Argentina booth next to the Pavilion and will also spoil gourmets with culinary delights and a wine-tasting event.