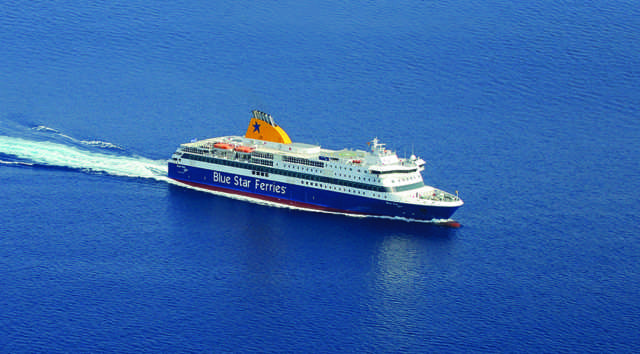 As part of its “With You as Our Destination” social responsibility programme, Blue Star Ferries is investing in culture and education, launching an initiative of two-day educational visits by 5th and 6th grade primary school children from the Aegean islands to cultural centres and institutions in Athens. The programme began on Tuesday 6 and Wednesday 7 February 2018 with a visit by children from primary schools in Amorgos. 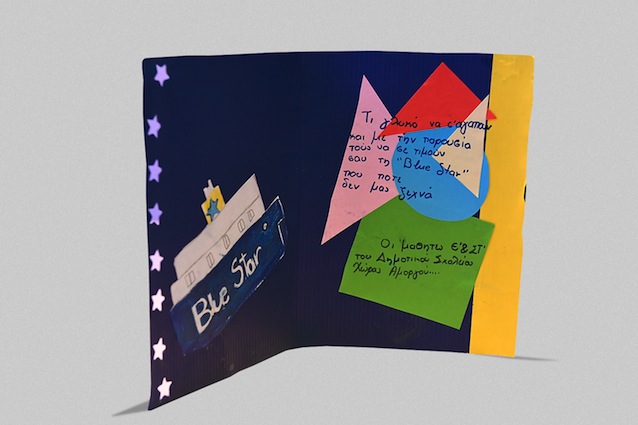 During their stay in Athens, the 31 pupils and their adult supervisors had the opportunity to visit the Stavros Niarchos Foundation Cultural Centre, to go on a tour of Stavros Niarchos Park, and to attend a robotics workshop on “Solar energy and a world in constant motion”. They were also given a guided tour of the Acropolis Museum and attended an educational programme at the Planetarium.

The children, along with their parents, guardians and teachers, were also given a tour of one of the company’s vessels, where they were allowed onto the bridge and got a close-up view of the state-of-the-art navigational and operational systems used by vessels in the Attica Group fleet. Before the children boarded the vessel for their return, the popular Blue Star Ferries character “Bluestarino” gave them a send-off full of smiles and best wishes – as well as souvenirs!

Blue Star Ferries organised and covered the cost of the entire programme, choosing the places of interest that the party would visit, arranging transportation and guided tours, and booking accommodation and meals for the children, parents, guardians and teachers.

For several years, Attica Group has supported the development of young people, putting particular emphasis on its contribution to school and student communities. For example, in 2015 and 2016, it welcomed 1,483 pupils and students to its facilities and supported the education of 350 trainees at the officers’ academies for the merchant navy and the coast guard. It should also be noted that for 2015 and 2016, the Group’s social contribution through social actions, donations, sponsorship and ticket reductions was in excess of €3.5 million (http://bit.ly/2EQpIB6).

Attica Group engages in passenger shipping via the SUPERFAST FERRIES, BLUE STAR FERRIES and AFRICA MOROCO LINKS (AML) companies, operating a total of 15 vessels that provide modern, high quality transportation services in Greece and abroad. ATTICA GROUP is a member of the Marfin Investment Group (MIG) with controlling stakes in a number of leading companies.