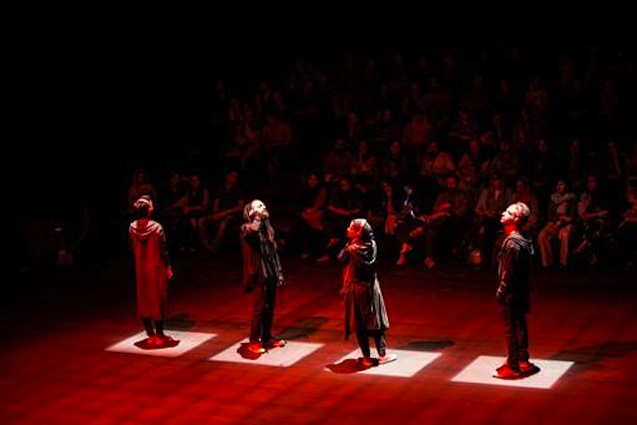 The Fajr International Theatre Festival aims to foster dialogue between the arts scene in Iran and countries outside of Asia and the Middle East. Greece will participate in this year’s festival with the performance Blue Line by the Plefsis theatre group, as well as with a series of theatre workshops by Greek artists, namely theatre researcher and director Georgina Kakoudaki, director Katerina Evangelatos, choreographer and dancer Patricia Apergi and lighting designer Vasilis Apostolatos.

During the Festival, a memorandum of understanding will be signed between the Athens & Epidaurus Festival and the Fajr Festival aiming to strengthen the bonds of the two festivals, highlighting their common artistic goals and ensuring their continued collaboration and mutual help.

The Greek delegation is organized by the delegate of the Hellenic Foundation for Culture in Tehran with the unwavering support of the Embassy of Greece in Iran and generously sponsored by Aegean Airlines.