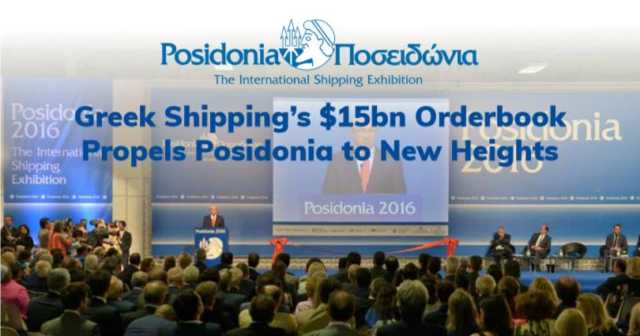 Greek shipowners have been showcasing their maritime leadership over the past decade with a prolific newbuilding vessel spending spree of more than $100bn. Indeed, though newbuild ships are now being delivered in a near never-ending stream, data from Newsfront Greek Shipping Intelligence reveals some 60 Greek companies still have ships on order worth more than $15bn.

A total of 237 ships of 23.8m dwt were on order for Greek interests at the beginning of October, 86 of them contracted in the first nine months of 2017, while a number of multiple-ship contracts were at the letter of intent (LoI) stage, including one for up to eight 82,000 dwt bulkers and one for two 208,000 dwt newcastlemaxes. Further, such ships on order for Greek interests are being built to high specs, with many of them Tier II and Tier III compliant.

At the same time, Greek shipowners have been the most active players in the secondhand market adding 256 vessels to their fleets in the January – September period, at an outlay of $3.7bn, making them must-have customers for the entire sweep of the maritime service sector.

Also, latest UNCTAD figures confirm that Greece owns the world’s largest cargo carrying fleet of 4,199 vessels with combined capacity of 309m dwt as of January 2017. And its share of the global fleet is growing, from 16.3% at the beginning of 2016 to the 16.7% a year later.

Greece’s maritime leadership is a good enough reason for some 22,000 shipping professionals from around the world to renew their passports, stamp their Schengen visas and start planning their biennial trip to Athens for Posidonia 2018, scheduled to take place in the Greek capital from 4-8 June next year. They will come from every corner of the world as trade visitors, government delegation members or representatives of the estimated 1,850 companies planning to present their products and services on the floor of the busy Athens Metropolitan Expo. The organisers of Posidonia have already added some 1,000 square metres to the previous show’s exhibition space in order to accommodate increased exhibitor demand.

With space bookings already up by 20% compared to the same time two years ago and over 80% of the exhibition floor already committed, the organisers are confident that Posidonia 2018 will generate once more new business for exhibitors and offer visitors direct access to the latest technology and the entire spectrum of maritime services and products available on the global maritime market. Executive Director, Theodore Vokos, believes that strong early demand for space is a strong indication that the show keeps on growing as it continues to deliver for all stakeholders and generate new deals every two years.

“As the organisers of the event, we are happy to confirm that the Greek fleet maintains its leadership position and keeps on further investing into growing, diversifying and upgrading its fleet, highlighting the fact that Greek shipping remains an extremely important part of the global economy”.

He added: “We look forward to welcoming visitors and exhibitors from over 90 countries and companies representing every single sector of the shipping industry and even beyond. We are certain that participating at Posidonia will again be both a fruitful and enjoyable experience for all ‘Posidonians’”.

Led by the traditional Far Eastern power houses of China, Japan and South Korea, Posidonia 2018 has already 14 confirmed national pavilions with some ten more currently recruiting to make sure they don’t miss the maritime industry’s major business platform and their biennial meeting with the members of the Union of Greek Shipowners, who look forward to engaging the global maritime industry on the exhibition floor.

Even landlocked nations such as Luxembourg and agricultural economies like Georgia, having both made their maiden Posidonia appearance in 2016, have again confirmed their pavilions to promote their respective maritime brands on the global stage. The majority of flag states will also be present at Posidonia, with Panama, Liberia, the Marshall Islands, Malta, Cyprus, the Bahamas and the Cayman Islands returning once more to the heartbeat of global shipping.
Another important feature of Posidonia will be the strong presence of the USA pavilion, with newcomers Sphere MD, Shipwright, Flagship, Moran Shipping Agencies and Hoover Ferguson contributing to the largest pavilion since the move to the Metropolitan Expo. But Posidonia wouldn’t be THE global market place if it didn’t welcome every two years a new national pavilion and in 2018 Poland will make its debut in official fashion. Among the new highlights we count the Greek pavilion organised by HEMEXPO, the association of Hellenic Marine Equipment Manufacturers and Exporters, which will span over 400 sqm of exhibition space with the mission to promote Greek engineering and experienced maritime solutions for the global shipping industry and looking to further expand its offerings on the makers lists of the most important shipyards worldwide.
The Greek presence is complimented by a second Greek pavilion, organised by the Worldwide Industrial & Marine Association (WIMA), representing Greek companies active in the fields of ship
construction, ship spare parts & supplies, ship technical and general services and marine equipment manufacturing.

The oil and gas industry will make a particularly strong showing in 2018, as it is planning a prolific Posidonia presence spearheaded by a raft of household names and fledgling brands from a wide variety of verticals.

From oil majors such as Gazprom Neft, which makes its Posidonia debut, major lubricant producers and suppliers, as well as bunker suppliers and traders, such as Lukoil Marine Lubricants, Vickers Oil, LPC, Gulf Oil Marine, Aegean Marine petroleum, Lubrication Engineers, Argo, Lubrichemo, Baluco, Elinoil, and the new kid on the block MacOil, the oil industry will cover more than a 1,000sqm of exhibition space and be able to meet all the needs of the rapidly growing Greek fleet.

Another important new participant is the Greek utility company Gastrade, backed by Gaslog Ltd, which will manage the Alexandroupolis Independent Natural Gas System (INGS) project, a modern, cutting edge technology project which comprises an offshore floating unit for the reception, storage and regasification of LNG and a system of a subsea and an onshore gas transmission pipeline through which the natural gas is shipped into the Greek National Natural Gas System (NNGS) and onwards to the final consumers.

And while oil continues to fuel humanity’s universal transportation needs, data is fast becoming the new oil spinning out a whole new brave world where artificial intelligence and smart shipping will dominate. The drive for digitalisation, the increased needs for smart shipping solutions and high demand for constant fleet connectivity has led to an impressive Posidonia outing by the ICT sector, with over 30 companies confirming their participation in order to compete for a bigger slice of the ever growing needs of the most modern fleet the world has ever seen. A few of them will be making their first Posidonia presence, such as METIS Cyberspace Technology, SEANERGIX, innora and many more.

They are just a few of over 40 companies from across the full spectrum of the maritime industry that will be making their inaugural appearance at the world’s foremost shipping exhibition. Some notable debutants include shipping companies such as Azerbaijan Caspian Shipping, established Cotzias Intermodal Shipping and crew managers Global Seaways and Stargate crewing, with the crewing sector increasingly taking up more space on the exhibition floor.

The Posidonia conference and seminars programme is also shaping up nicely and will once more kick off with the prestigious Tradewinds Shipowners Forum.

A new feature of the Posidonia Conference and Seminar programme will be the 4th Energy & Shipping Seminar, organised by the Institute of Energy for South East Europe (IENE), which will provide an in depth analysis of the Global Oil and Gas Market Outlook and analyse the factors that define the correlation between energy cargoes and shipping.

Posidonia will this year focus also on opening up the shipping industry to the new generation and present the many opportunities available, by again hosting the successful YES to Shipping Forum for Young Executives, which in 2016 welcomed over 500 young executives and university graduates.

Furthermore, a seminar organised by Isalos.net for officer cadets at the Greek naval academies will bring the next generation of Greek naval officers in direct touch with the industry.
Posidonia continues its long standing partnership with UKHO, which will again be hosting a series of workshops on implementing and operating ECDIS, and will also host an interesting seminar organised by Green-Jakobsen titled “Reflection and Dialogue about safety: seafarers can do it, companies can be compliant to TMSA 3 and go beyond”. Legal challenges affecting the global shipping industry will be tackled at the day-long seminars organised by Emirates Maritime Arbitration Centre (EMAC), which is making its first ever presentation at Posidonia.