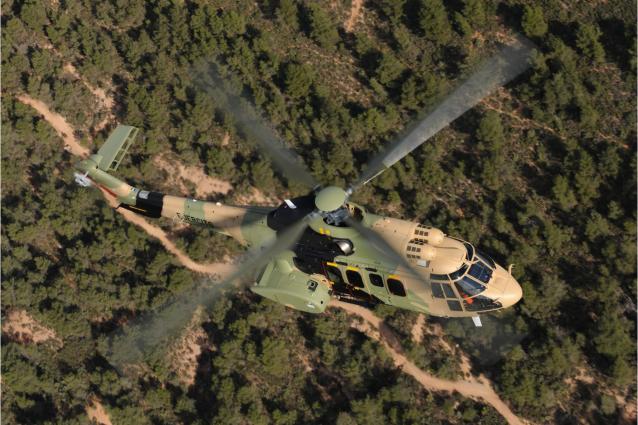 Airbus Helicopters and IAR, Romania’s leading aerospace company, have decided to extend their exclusive cooperation on the H215M multirole helicopter. Under this general agreement IAR will become the prime contractor for the H215M for any future order by the Romanian Ministry of Defense to replace their ageing fleet. Initially signed for 5 years, the agreement has been extended to 15 years, further underlining the commitment of Airbus Helicopters and IAR to jointly contribute to the modernization of the Romanian armed forces fleet of multirole helicopters in the long term.

“We are proud to have extended this agreement as a result of a long term trust between IAR and Airbus Helicopters” said Neculai Banea, General Director of IAR. “IAR has built over 360 helicopters under Airbus Helicopters’ license over the past decades, which makes us confident in the future success of the H215M” he added.

Under this agreement, IAR will act as prime contractor for all future H215M orders that could be placed by the Romanian Ministry of Defense. It also covers cooperation between Airbus Helicopters and IAR on the production, assembly, customization, support and maintenance of the H215M helicopters destined to the Romanian Armed Forces, and export if opportunities arise.

“This 15-year agreement puts IAR and Airbus Helicopters in the best position to meet the future needs of the Romanian Armed Forces as they look at renewing their fleets of medium and heavy multirole helicopters” said Olivier Michalon, Airbus Helicopters Senior Vice President, Head of Europe region. “Our goal of delivering superior value for our Romanian customers by offering the most complete line of products and services underlines Airbus’ unfaltering commitment to Romania. Each major Airbus business unit contributes directly to the strengthening of the European defence industrial base. Today Airbus already accounts for over 5,000 direct and indirect jobs in Romania, through its divisions,  Helicopters and Defence and Space, Commercial Airplanes with Premium Aerotech, as well as industrial partners like Aerostar, Turbomecanica, Aeroteh, Aerofina, etc., making the company the largest aerospace investor in the country,” he added.

Airbus Helicopters has been present in Romania for over fifteen years through its customer centre, Airbus Helicopters Romania, a successful enterprise since its creation with about 75 per cent of its turnover achieved through export contracts. Airbus Helicopters Industries, a 10,000m² factory based in Brasov, was inaugurated in 2016 and will house production of the H215 in Romania.