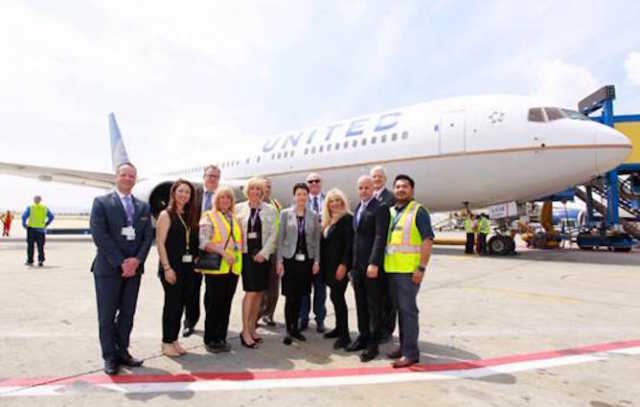 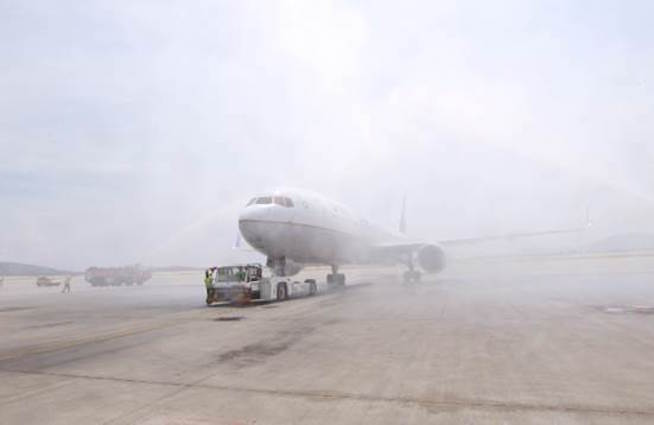 “We are delighted to operate this nonstop service between Athens and New York again this summer, reflecting seasonal demand.” said Bob Schumacher, United Managing Director Sales. “This service offers our Greek customers direct access to New York City as well as convenient connections at our Newark Liberty hub to destinations throughout the Americas.”

On behalf of the Athens International Airport, Ioanna Papadopoulou, Director, Communications & Marketing, commented: “We are excited to welcome back to Athens United’s direct flights connecting Athens with Newark Liberty International, one of the most convenient U.S. hubs, offering significant opportunities for connections to a huge number of destinations in the American continent and the world thus, further enhancing the connectivity of Athens. 2016 was an all-time high record for us in terms of passenger numbers, with the USA market growing at a highly dynamic pace, and during the first months of 2017, growth rates continue to be very positive. With a new, extended, summer season ahead of us, we wish United Airlines every success and pledge to continue supporting its Athens-New York/Newark route”

Flight Schedule
Flight UA125 departs Athens daily at 12:15 p.m., arriving at New York/Newark at 4:15 p.m. the same day.  The return flight, UA124, departs New York/Newark daily at 5:40 p.m., arriving in Athens at 10:30 a.m. the following day (all times local).  Flight times are 11 hours westbound and 9 hours 50 minutes eastbound.
The Athens flights have been conveniently timed to connect at New York/Newark with an extensive network of services to destinations across the Americas.   United operates flights from New York/Newark to more than 300 destinations throughout North, Central and South America and the Caribbean, including more than 100 served nonstop.
United operates the largest hub in the New York City metropolitan area at Newark Liberty International Airport.  Located just 25 kilometres from downtown Manhattan, the airport offers the fastest surface transfer journeys to many parts of the city, including the AirTrain service to New York Penn Station in midtown Manhattan, with a journey time of less than 30 minutes.

Onboard Products and Services
The flights are operated by Boeing 767-300 aircraft with a total of 214 seats – 30 flat-bed seats in United Polaris business class and 184 seats in United Economy, including 49 Economy Plus seats with added legroom and increased personal space.
United Polaris business class, United’s brand new business cabin, features a reimagined, sleep-enhancing experience for intercontinental travellers.  The first phase of United Polaris is now available onboard and features an elevated inflight food and beverage experience, tranquil custom bedding from Saks Fifth Avenue and exclusive amenity kits with products from Soho House & Co’s Cowshed Spa.
United Economy Plus offers added legroom and increased personal space. Located near the front of the Economy cabin, the seats give the added benefit of allowing a swifter exit from the plane on arrival. Economy Plus seating is available on all trans-Atlantic flights.
United Economy offers complimentary food, soft drinks, juices, beer and wine, tea, coffee and inflight entertainment.  On most aircraft, seats feature an adjustable headrest and a personal on-demand entertainment system.
United customers in Greece can book flights by visiting united.com or contacting United reservations on 00-800-441-4-3592 or their travel agent.