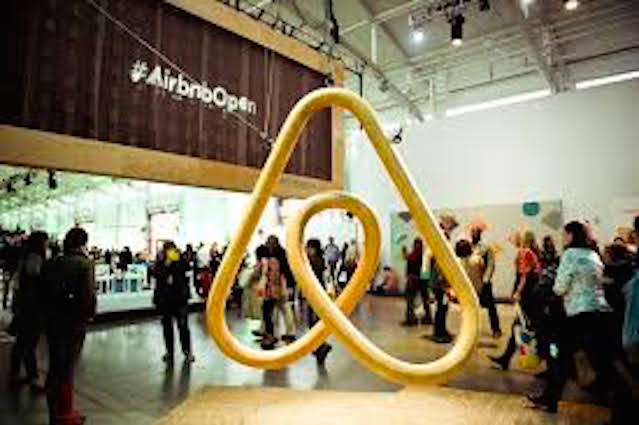 As Airbnb’s “Trips” feature gains steam, hotels aren’t the only companies that should be worried.

Airbnb, the lodging service that provides a platform for homeowners to offer their private properties to paid guests, has long been thought of as a hotel industry disruptor. That threat seems to be growing as headlines recently revealed that the American Hotel and Lodging Association (AHLA), a hotel industry trade group, has been increasing its lobbying efforts in trying to get more regulation in place that would staunch the rise of Airbnb and similar services. Airbnb management responded in a scathing open letter to the AHLA.

However, while focus on the lodging industry and regulation around it is heating up, Airbnb is quickly expanding its business in a way that should put more industries than hotels on alert. Here’s why companies in other industries, such as Expedia (NASDAQ:EXPE), Priceline (NASDAQ:PCLN), and TripAdvisor (NASDAQ:TRIP), should be watching Airbnb’s growth closely as well.

Airbnb announced its new “Trips” feature in November, the first major expansion from the company’s main business of providing a private residence booking platform. The main feature of Trips is “Experiences,” which are usually guided tours or other adventures that allow users to experience unique parts of their destination cities. For instance, you might take a guided bike ride through the back streets of Tokyo, or spend a morning surfing with a professional near San Francisco, all created by the local hosts and booked directly through the Airbnb app.

The Trips feature also includes “Places,” such as guide books, meet-ups with other users, and walks guided by audio tours the user can download to their individual device. Airbnb recently announced that its Trips feature has expanded to 20 cities worldwide — and you can probably expect it to continue growing rapidly in 2017. Right now, Airbnb Trips seems pretty focused on its Experiences feature, but one line in the company’s press release from November that should have other travel booking sites on high alert is:

Online travel agents (OTAs) Expedia and Priceline have each become hugely successful companies because of the growth in online travel booking as a vastly growing number of customers go to the web to book their flights and other travel options — of which these and other OTAs get a cut. Aggregate online travel sales reached a stunning $565 billion in 2016, according to Statista, and they are expected to reach over $800 billion in 2020. As a result of the growth in this industry, these companies’ sales have surged.

This lucrative market also attracted TripAdvisor, which grew to fame as an aggregator of travel reviews and got its revenue from advertising to its millions of site visitors. TripAdvisor has been trying to switch up its business model to now include the option for people to book directly on its site, through what it calls Instant Book, so that it can also gain those OTA fees. So far, the company is struggling to see a big return on that investment, and Airbnb growing its presence in this space probably isn’t helpful.

It make sense that as Airbnb looks to diversify its business, trying to take more market share of the massive online travel market through more booking services offered is a sensible next step. OTAs are already undoubtedly feeling the pressure of lost hotel booking business to Airbnb, but as Airbnb continues to prove out its Trips model and eventually add flights and services, you can probably expect that pressure to increase.

What investors need to watch next

If you’re an investor in one of the companies above, know that this certainly doesn’t spell doom and gloom for those businesses, as the entire industry continues to grow healthily, and each of those companies could continue to post substantial growth even if Airbnb is able to rise as a significant OTA force. Case in point: While Airbnb is busy disrupting the hotel industry, Marriott International (NASDAQ:MAR), currently the largest hotelier by market cap, saw its share price rise more than 50% over the last year alone amid its own growing sales and earnings. Not to mention, most of these companies are also busy creating or acquiring features to compete with in home-sharing programs and local experiences.

Still, Airbnb’s rise as a fuller OTA is an important trend to watch, and one that could certainly play a role in just how much these other OTAs, and their stocks, can perform in the years ahead. As for the other side of that coin, Airbnb isn’t public, so investors can’t cash in on its growth as it moves from lodging disruptor to OTA player. However, that certainly could change in the near future as the company’s estimated valuation continues to boom.