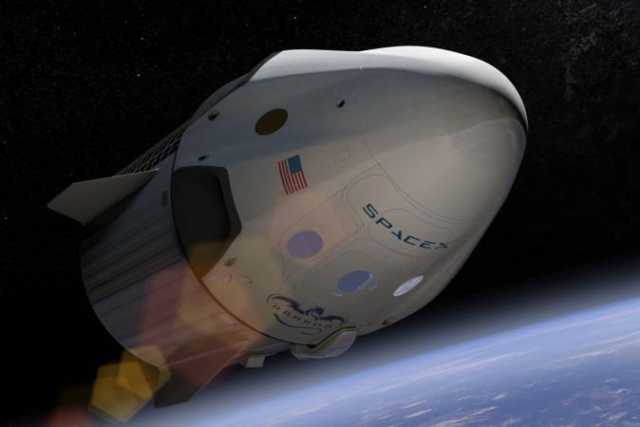 SpaceX will fly two private citizens on a trip around the moon in 2018, the company’s founder Elon Musk announced Monday (Feb. 27).

The private spaceflight company will use its Falcon Heavy rocket to send the two paying passengers into space aboard one of the company’s Dragon spacecraft. The two private citizens, who have not yet been named, approached SpaceX about taking a trip around the moon, and have “already paid a significant deposit” for the cost of the mission, according to a statement from the company. The names of the two individuals will be announced later, pending the result of initial health tests to ensure their fitness for the mission, the statement said.

“Like the Apollo astronauts before them, these individuals will travel into space carrying the hopes and dreams of all humankind, driven by the universal human spirit of exploration,” SpaceX representatives said in the statement.

The two passengers will be the only people on board what is expected to be about a weeklong trip around the moon, according to Musk, who spoke with reporters during a phone conference today.

The moon flight is scheduled to launch after SpaceX flies NASA astronauts to the International Space Station as a part of the Commercial Crew Program. Right now, SpaceX is planning to make an uncrewed flight of its crew-carrying Dragon spacecraft to the space station this year, and its first crewed flights are expected to happen in mid-2018, according to Musk. (However, a recent report suggests that those dates maybe pushed back.) That means the Falcon 9 and Dragon crew capsule will be approved for human spaceflight by NASA before the moon mission takes place.

Musk also said that NASA “always has first priority,” and that if the agency wanted its own astronauts to be the first people to fly on a “mission of this nature,” then “of course NASA would take priority.”

The crew-carrying Dragon spacecraft will operate, in large part, autonomously, so the passengers would have to train for emergency procedures but would not be in charge of piloting the spacecraft, Musk said. The crew capsule will require some upgrades for the deep-space flight, but Musk said those would be limited mainly to a communications system built for much longer distances, rather than the relatively short trips to the space station.

When asked about the ballpark cost of the mission, Musk said, “I … can’t say the exact cost, that’s confidential. It would be comparable to maybe a little more than what the cost of a crewed mission to the space station would be.”

NASA currently pays about $80 million per seat on the three-person Russian Soyuz vehicle. SpaceX’s first commercial crew contract with the agency is for $2.6 billion; the company is required to provide at least two and up to six flights to the station on the Dragon capsule, which can carry seven passengers at a time. That breaks down to anywhere from $1.3 billion to $433 million per flight.

“The goal for SpaceX, from its founding in 2002, has been to accelerate … space exploration, ultimately with the idea of a self-sustaining civilization on Mars and making humanity multiplanetary,” he said. “So a critical step along the way is getting to know what it’s like to have people in deep space.”