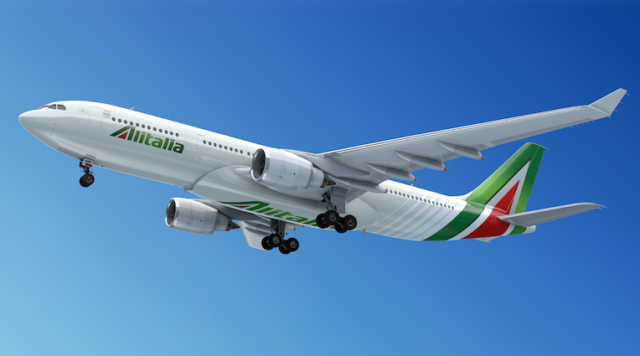 With the 2017 summer flight programme, Alitalia is set to launch new non-stop flight Rome-Kiev, as well as new seasonal international and domestic services that, together with the resume of further seasonal services and increase in number of flights, will meet high demand during summer. To help support Alitalia long-haul flight network, a new Boeing 777-300ER aircraft will be delivered in August.

Ukraine is a market of great interest for Italy, as a result of the consolidated commercial relations between the countries. Italy is the seventh trade partner for Ukraine, the third in the European Union, after Germany and Poland. About 200,000 people travel between the two countries each year.

Resume of further seasonal services and increase of flights during summer programme
With the summer flight programme, Alitalia will resume flights from Palermo and Catania to Moscow, and between Milan Linate and Comiso, as well as strengthening international services with more flights added from Italy to Spain, Russia, Greece and Cyprus, to popular holiday destinations: Rome Fiumicino to Malaga, Ibiza, Palma de Mallorca, Menorca, Thessaloniki, Mykonos, Rhodes, Heraklion, Larnaca and St. Petersburg and Milan Linate to Menorca, Palma de Mallorca, Ibiza, Corfu, Heraklion, Mykonos, Santorini, Rhodes and Thessaloniki.
Within Italy more frequencies will be offered on many domestic flights, such as from Milan Linate to Bari, Naples and Pescara, from Rome Fiumicino to Bologna, Florence, Lampedusa and Pantelleria and from Catania to Bologna.

Tickets can be bought on-line at alitalia.com, via the airline’s reservations Call Centre on 89.20.10, overseas on +39 06.65649, at travel agencies or at Alitalia’s ticket offices at airports. Members of the Alitalia’s MilleMiglia loyalty programme can earn and redeem miles on the whole airline’s routes and members can use their miles to cover all or a part of the ticket price, without limits on the number of seats available.