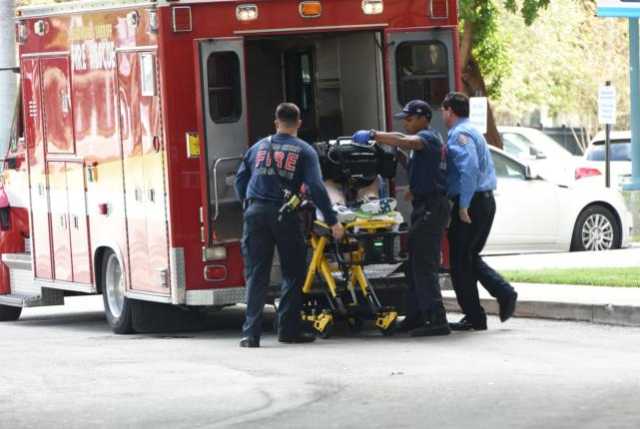 Five people were killed in a shooting at Fort Lauderdale airport in Florida on Friday, the local sheriff’s department said.

The Broward County sheriff’s office used Twitter to confirm the shooting and say five people were dead, eight people were injured and the lone suspect was in custody.

A gunman opened fire at the Fort Lauderdale airport Friday, killing five people and wounding eight before being taken into custody, officials said. The attack spread panic and sent passengers streaming from the airport.

The airport suspended operations as law enforcement authorities rushed to the scene and emergency medical workers treated at least one bleeding victim on the tarmac.

President Barack Obama was briefed on the shooting by his Homeland Security adviser, the White House.

Ari Fleischer, a former White House press secretary, was at the airport and tweeted what he could see.

Jillian Saunders, from Palm Beach, Florida, told The Associated Press via Twitter that she was watching the activity on the tarmac from a plane scheduled to fly to Los Angeles.

“Everything you see on the news is happening outside my window,” she said. “I am luckily on the plane and they said we are right now the safest people at the airport.”