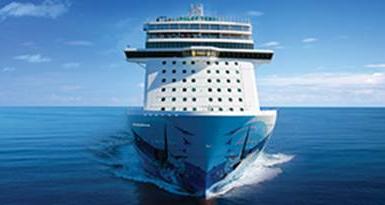 “In 1966, the M/S Sunward departed on her first voyage from Miami to the Caribbean, marking not just the launch of Norwegian Cruise Line, but the modern cruise industry as we know it today,” said Frank Del Rio, President and Chief Executive Officer of Norwegian Cruise Line Holdings Ltd. “Fast forward fifty years, where we have reached yet another milestone, reporting the highest single quarter revenue and earnings in our history, bolstered by the addition of Norwegian Escape, Oceania Cruises’ Sirena and Seven Seas Explorer to our fleet,” continued Del Rio.

Revenue increased 15,6% to $1,5 billion compared to $1,3 billion in 2015. Adjusted Net Revenue in the period increased 17,0% to $1,1 billion compared to $978,2 million in 2015. These increases were primarily attributed to the addition of Norwegian Escape, Oceania Sirena, and Regent Seven Seas Explorer to the fleet. Gross Yield increased 1,5% while Adjusted Net Yield improved 3,4% on a Constant Currency basis and 2,8% on an as reported basis primarily due to improved pricing.

Fuel price per metric ton, net of hedges decreased 11,5% to $500 from $565 in 2015. The Company reported fuel expense of $86,3 million in the period. In addition, a loss of $2,5 million was recorded in other expense in 2016 related to the ineffective portion of the Company’s fuel hedge portfolio due to market volatility.

In the first quarter of 2016, the Company executed an agreement to divest its interest in a certain land-based operation in Hawaii. The amount of the transaction is considered immaterial to the Company’s consolidated financial statements. The agreement is subject to customary closing conditions, including receipt of all required regulatory approvals which are still pending; therefore, the Company no longer anticipates the transaction will close in 2016. The Company’s third quarter financial results include the results from this operation. For purposes of comparison to the guidance provided by the Company in its prior release, key operational metrics excluding the results of this operation are as follows:

“We are on track to deliver robust double-digit growth in Adjusted EPS in 2016, despite headwinds from geopolitical events earlier in the year which dampened demand for Mediterranean sailings,” said Wendy Beck, Executive Vice President and Chief Financial Officer of Norwegian Cruise Line Holdings Ltd. “Looking to the first half of 2017, where deployment is weighted to Caribbean sailings, advanced bookings are ahead of prior year‘s record levels at higher prices, while an early look at the full year shows occupancy commensurate with prior year at this same time at slightly lower prices. Recent significant weakening of certain foreign currencies, primarily the British Pound, against the U.S. dollar, combined with an increase in fuel prices have placed pressure on expectations for the coming year. Despite these headwinds, we still anticipate delivering double-digit growth in Adjusted EPS in 2017.”

In addition to announcing the results for the third quarter, the Company also provided guidance for the fourth quarter and full year 2016, along with accompanying sensitivities. The Company does not provide guidance on a GAAP basis because the Company is unable to predict, with reasonable certainty, the future movement of foreign exchange rates or the future impact of certain gains and charges. These items are uncertain and will depend on several factors, including industry conditions, and could be material to the Company’s results computed in accordance with GAAP. The Company has not provided reconciliations between the Company’s 2016 guidance and the most directly comparable GAAP measures because it would be too difficult to prepare a reliable U.S. GAAP quantitative reconciliation without unreasonable effort.

(1)      Excludes $5,3 million and $21,1 million of amortization of intangible assets related to the Acquisition of Prestige in the fourth quarter and full year 2016, respectively.

The following reflects the Company’s expectations regarding fuel consumption and pricing, along with accompanying sensitivities.

The following reflects the foreign currency exchange rates the Company used in its guidance.

Company Updates and Other Business Highlights

Designed for Alaska cruising, Norwegian Bliss to debut in 2018

The Company recently announced that the third ship in the line’s Breakaway Plus Class Ships, Norwegian Bliss, will be the first cruise ship custom-built with features and amenities for the ultimate Alaska cruise experience. Norwegian Bliss will pioneer a new era of Alaska cruising beginning June 2018 and will cruise to America’s Last Frontier from Seattle. She will also be the first Norwegian Cruise Line ship to make its debut in the Emerald City. Norwegian Bliss will be approximately 167.800 gross tons and accommodate 4.000 guests. The ship is scheduled for delivery in spring 2018.

Continuing Norwegian’s tradition of decorating each ship’s hull with signature art, the Company has also announced that the world’s premier marine life artist, Wyland, has been commissioned to design the hull artwork for Norwegian Bliss. Known for his iconic whale murals, marine life paintings and sculptures, Wyland has inspired generations to be passionate about the importance of marine life conservation. In addition to the reveal of her spectacular hull artwork, the first piece of steel was cut at Meyer Werft in Papenburg, Germany on October 28th, symbolising the start of the ship’s construction.

The Company recently announced the culinary offerings planned for the Company’s first cruise ship custom built for the Chinese market, Norwegian Joy. The ship will feature the most extensive range of restaurants ever offered on a cruise ship, which have been tailor-made for local palates. Additionally, the Company recently unveiled that the upscale shopping venue on board Norwegian Joy will be the largest in Norwegian’s fleet, complete with everything from exceptional duty-free shops to high-end international brands. Prestigious retail brands already confirmed to be on board include Cartier, Omega, Bvlgari, Salvatore Ferragamo, and Versace, among many.

As part of the Company’s continued commitment to the environment, Norwegian Jewel, Norwegian Pearl and Norwegian Gem were each successfully retrofitted with a new exhaust gas scrubber system this quarter. These scrubbers aim to significantly reduce air emissions, thus reducing the fleet’s environmental footprint. The ships’ new lightweight in-line scrubbers are a hybrid technology developed by Yara Marine Technologies that are able to operate in dry mode, open loop and closed loop. Five scrubbers were installed, one per engine, covering the whole propulsion system. Collectively, they are capable of reducing the emission of sulphur into the air by up to 99 percent and also reducing 85 percent of particulate emission into the air.

The Company currently has five ships outfitted with exhaust gas scrubber technology with Norwegian Pearl and Gem joining Norwegian Jewel, Escape and Pride of America. Norwegian Jade and Norwegian Sun are scheduled for retrofitting in the first and second quarter of 2017, respectively. In addition, all remaining ships on order for the Norwegian Cruise Line brand will also be outfitted with similar technology. 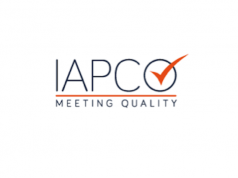 IAPCO forms Strategic Global Task Force, alongside HAPCO and 7 National PCO Associations from around the globe