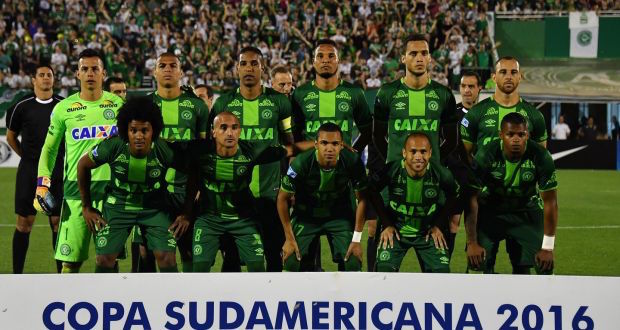 A chartered aircraft with 81 on board, including a Brazilian football team heading to Colombia for a regional tournament final, has crashed on its way to Medellin’s international airport.

Officials from the airport reported only six survivors in a statement.

The plane had declared an emergency due to power failure before losing contact with the control tower.

Colombia has been hit by heavy storms which are hampering rescue efforts. “The site of the accident is only accessible by land due to climatic conditions and low visibility,” a statement from the airport said.

“The Colombian Air Force deployed a search and rescue helicopter which had to cancel the mission due to the adverse conditions.

“According to the authorities the police are mobilising all possible help since they are reporting six survivors.” Officials said the plane was carrying 72 passengers and nine crew members.

“It’s a tragedy of huge proportions,” Medellin’s mayor Federico Gutierrez told Blu Radio on his way to the site in a mountainous area outside the city where the chartered aircraft is believed to have crashed shortly before midnight local time on Monday.

Medellin’s airport confirmed that the aircraft, which made a stop in Bolivia, was taking the first division Chapecoense football team from southern Brazil. The team was due to play on Wednesday in the first of a two-game Copa Sudamericana final against Atletico Nacional of Medellin.