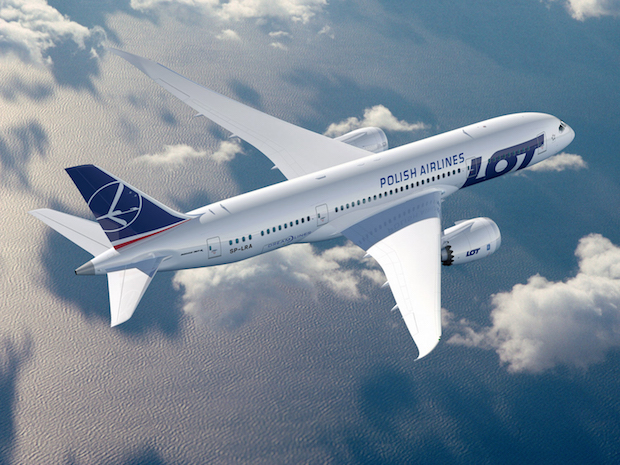 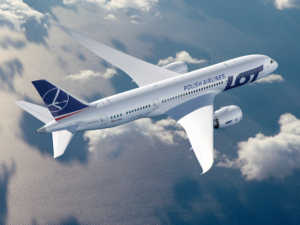 LOT’s Dreamliner will fly from LAX on Mondays, Tuesdays, Fridays and Saturdays and operate at the new Tom Bradley International Terminal (TBIT). The schedule enables LOT to ensure the shortest trip from the U.S. West Coast to many destinations in Poland and other countries in the Eastern and Central Europe.

“We are honored LOT Polish Airlines chose LAX to launch West Coast service as part of its expansion into the U.S. market, and we are excited to welcome them to the LAX family,” said Los Angeles World Airports Chief Executive Officer Deborah Flint said. “Angelenos will benefit from having a new destination and more options to the major cities of Europe.”

“We are going to launch the first direct flight from the Eastern and Central Europe to Los Angeles, one of major and most famous cities in the US. I am certain that California is not only a perfect vacation destination but also a business center that has been steadily gaining in importance. On the other hand, there are many people living near Los Angeles who come from the Central and Eastern Europe, as well as people conducting business in Europe. I have good news for them. They no longer have to change planes at crowded Western European hubs with our excellent alternative” – says Rafał Milczarski, LOT’s CEO.

Los Angeles and Warsaw passengers travelling by LOT will have access to an extensive network of flights operated by the Polish carrier. Plus, the advanced technology of the Boeing 787 Dreamliner allows much higher cabin pressure and humidity, and more spacious which help enhance passengers’ comfort during a long flight and reduce the jet lag effect.

“LOT is a rising airline star in Europe, offering the shortest and the most comfortable connections via Warsaw to dozens of cities in Europe. It means only two hours transfer time to destinations such as Prague, Budapest, Vilnius or even London or Stockholm, as well as great connectivity to major Polish cities, such Wrocław, Poznań, Rzeszów or Katowice. We fly one of the youngest fleets in Europe; our crew and our hub in Warsaw is one of the most comfortable and passenger(dele s) friendly in Europe. Newark is no longer a missing link in our route network. Our return to that destination makes us an attractive airline to numerous passengers who have not relied on our services yet” – adds R. Milczarski.

There are three travel classes offered on the Dreamliner: LOT Business Class, LOT Premium Class and LOT Economy Class. In Business Class, 18 seats recline to one of the biggest airline beds in the market. Restaurant-quality meals are offered and served to passengers on an individual basis (dele and) using top-quality dinner sets, with a broad selection of alcoholic and non-alcoholic beverages.

LOT’s Premium Economy class offers 21 spacious seats, all equipped with armrests, footrests and leg rests. Thanks to the seats’ improved back rest deflexion, passengers can feel comfortable and take a rest even on a long flight. Also in this class a sumptuous menu is served, alcoholic and non-alcoholic beverages are available.

Compared to other planes, Dreamliners offer the LOT Economy class passengers much greater private space to enjoy. Seats fold forward without taking foot space, they are also equipped with footrests. Each passenger is offered a personalized onboard entertainment system equipped with USB. In the Economy Class passengers are also served free, hot and diversified meals and offer a broad selection of beverages.

Los Angeles will be the eighth long-haul connection in LOT’s network and its fifth destination in North America. The announcement of the inauguration of the flights to the West Coast of the US is another stage of the implementation of LOT’s profitable growth strategy. In 2016 alone LOT has announced and launched 24 new flights, including the recently announced connection to Newark, New Jersey, in the US and the connection to Seoul scheduled to be inaugurated on 17 October.

Tickets for the flights to Los Angeles can be purchased using all available channels, including lot.com, LOT Contact Center, and LOT travel offices and travel agents.