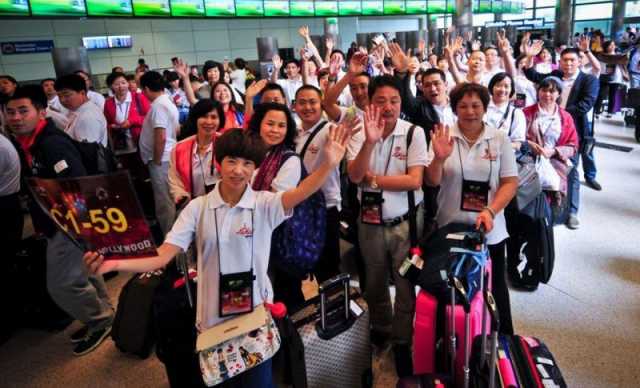 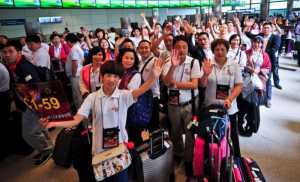 In 2015, compared to other markets worldwide, China registered by far the highest growth in outbound travel, consolidating its position as one of the world’s most important source markets for international travel. Despite the average duration of trips having halved since 2007, the huge increase in foreign travel resulted in turnover having almost tripled in the same period. These are the latest results of a special analysis by the World Travel Monitor®, conducted by IPK International and commissioned by ITB Berlin.

In 2015, the Chinese went on 45.2 million international trips with overnights, not including trips to Macau and Hong Kong. Compared to the previous year, that amounts to an additional 8 million trips and an impressive increase of 23 per cent. Thus, China’s growth in foreign travel is several times the global average growth, which in 2015 was around five per cent. China also consolidated its position as the world’s fourth-largest source market behind Germany, the USA and the UK, while distancing fifth-placed France. More than two-thirds of trips out of China are to destinations in Asia, mainly to Taiwan, South Korea, Thailand and Japan. The USA is China’s fifth most popular destination, to which some 2.6 million trips have been made by Chinese travellers in 2015. Preferred European destinations are Germany, Switzerland, France, Spain and Austria. Overall, around 20 per cent of Chinese outbound trips were undertaken to Europe.

Holidays are the main reason for Chinese outbound trips

Holidays are the reason for over 80 per cent of foreign trips by the Chinese. Above all, holiday trips only (without visiting friends or relatives) have a significantly higher share among the Chinese (76 per cent) compared to the global average (57 per cent). For some years, the most popular type of holiday has been round trips, although city trips are now also gaining ground. Compared to 2007 the average length of stay abroad has halved and in 2015 was about five nights. Despite this, sales rose to almost 77 billion euros during the same period.

Over 80 per cent of Chinese chose to stay in hotels on their travels abroad. Four and five star were the preferred categories, accounting for 62 per cent of accommodation on all trips. Thus, also regarding the accommodation choice, the Chinese differ widely from the global average, which in respect to luxury hotels stands at only 40 per cent. For the Chinese, planes are the preferred means of transportation, making up for over 80 per cent. This figure is also significantly higher than the global average, which is close to 60 per cent. Although travel agency and catalogue bookings, currently at 74 per cent, have declined among Chinese outbound travellers since 2015, as a category they still account for double the global market average. As a result, China is the leading source market for travel agency and catalogue bookings.

The World Travel Monitor® Forum is an exclusive industry gathering that discusses the latest travel industry trends and the forecasts for future developments in tourism.

The overall findings for 2016 of the World Travel Monitor®, the world’s most comprehensive survey of global travel trends, will be presented by IPK International at the ITB Future Day, part of the ITB Berlin Convention.