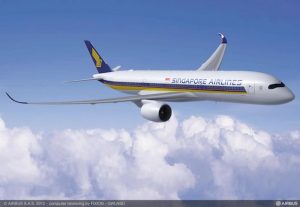 The new commercial joint venture concluded between the Lufthansa Group and Singapore Airlines last November is bearing its first fruit. Collaboration partners Swiss International Air Lines (SWISS), Lufthansa and Singapore Airlines (SIA) are expanding their codeshare agreements. As a result, customers of all three airlines are now offered even more destinations and even more connections.

In addition to the Lufthansa Group’s Frankfurt hub, SIA’s expanded codeshare connections now offer customers more than 20 convenient codeshare routings via the Group’s Zurich and Munich hubs to and from various points in Switzerland, Germany, Austria and Belgium.

SWISS and Lufthansa customers can benefit from new codeshares with SIA on further routes in Southeast Asia and the Southwest Pacific:

Lufthansa from Frankfurt via Singapore now also to:
Indonesia: Denpasar and Jakarta

Travellers to these destinations can now fly SWISS from Zurich or Lufthansa from Frankfurt to Singapore and then change seamlessly onto their connecting Singapore Airlines flight with a SWISS/Lufthansa flight number. Any registered baggage checked-in in Switzerland or Germany will be checked right through to their final destination. And, as before, travellers can earn and redeem miles with the partner airline concerned under Miles & More and other Star Alliance frequent flyer programmes.