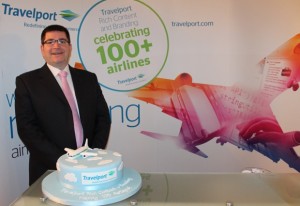 Travelport (TVPT), announced to delegates at the CAPA “Airline in Transition Aviation” annual event¹ that 100 airlines had already signed up to its industry-leading Travelport Rich Content and Branding merchandising solution.

Launched only months ago, the popular merchandising technology, which is integrated into the company’s Travel Commerce Platform, including its Travelport Smartpoint agency point of sale, enables airlines to retail their products more effectively to the global travel trade.  In essence, it allows airlines to control how their products are visually presented and described to agents, utilizing images and descriptions very similar to what airlines provide on their own web sites, in order to drive sales of core fares, as well as ancillaries, or “optional extras”, such as bags, lounge passes or “next fare up.”

Some of the many benefits of Rich Content and Branding to travel agencies include: potential increase in ticket sales; the ability to book through their usual, preferred booking processes, rather than having to go to an airline’s website for more information; and significant upselling opportunities on both core fares and ancillaries.

Airlines to have recently signed up to Rich Content and Branding include TAP Air Portugal and LATAM, as well one of the world’s largest airlines², China Eastern. Of the 100 airlines now signed up, nearly 60 are already available and fully bookable in Travelport’s Travel Commerce Platform, with more being added on a weekly basis.  The list of “live” airlines includes Delta Air Lines, British Airways, Singapore Airlines, easyJet and Ryanair.

Derek Sharp, Travelport’s Managing Director, Air Commerce, commented: “Our vision is to redefine travel commerce for our customers and providing improved air merchandising capabilities is a central element of this vision.  As a result of our heightened focus in this area, we have been able to transform the traditional air distribution model to offer a suite of unique merchandising solutions, including Rich Content and Branding, which significantly benefit our airline customers as well as our travel agency and TMC partners.”

In 2014, Travelport earned widespread industry recognition by winning numerous technology awards for its merchandising offering³.  In 2015, it plans to continue its focus in this area by introducing a range of new, merchandising product innovations, all designed to empower airlines even further in the distribution and merchandising of their increasingly sophisticated core product and ancillary offerings.