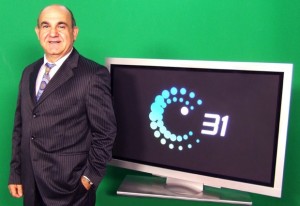 An ambitious initiative to encourage greater use of the Greek language at home has been proposed by designating March 2015 as ‘Speak Greek’ month, in Australia. Behind the idea is former general manager of SBS and chair of Channel 31, Mike Zafiropoulos AM, reported “Neos Kosmos”.

Mr Zafiropoulos, who holds the presidency of Fronditha Care, told “Neos Kosmos” that such a project could help challenge worrying trends in the use of Greek within families.

“Greek as a language spoken at home is gradually declining in Australia,” he said.

“These days, first generation Greek Australians are hardly one third of the Greek community, so there’s been a natural decline, because of inter-marriages, and the second generation finding it easier to use English in their communications.”

Fronditha’s president said the idea for Speak Greek month was partly driven from experiences within his own family.

“It occurred to me as a parent of a couple of kids at Greek school, and witnessing the struggles they are making to speak Greek … and I suppose a guilt that I should be doing more as a bilingual parent to help them with their learning.”

A model for the initiative, says Mr Zafiropoulos, is the global Lights Out campaign aimed at drawing attention to energy saving.

“Ours is similar, it’s about highlighting the fact that we need to do more if we want to keep our language alive.

‘Let’s put the lights on the Greek language this March.”

With the Antipodes Festival and Greek National Day both falling within the month, March appears the ideal period to promote the language.

Asked if families would be able to sustain four weeks of Greek being the primary language of communication, Mr Zafiropoulos said: “Absolutely they can, if there’s an effort and if it’s widely-known. I’m very optimistic.”

Meanwhile reaction to the idea has been positive. Bill Papastergiadis, president of the Greek Orthodox Community of Melbourne and Victoria, said he was delighted to support the campaign and that GOCMV welcomed the initiative.
“Language is the gateway to culture. Stay close to our wonderful traditions by conversing in Greek,” said Mr Papastergiadis.

Reflecting on his own strategy for encouraging Greek to be spoken at home regularly, GOCMV’s president said negotiating an arrangement with one’s children was one way to go.

“One thing I do, is I’ve an agreement with my little kids to spend our weekends trying to talk to one another in Greek.

“It’s a win-win for everyone, as it provides us with a protracted period of time to practice, but it’s also not an overly restrictive period for not speaking English.
Manos Tzimpragos, Principal of GOCMV’s language schools, told “Neos Kosmos”:

“It’s a great initiative. It will give an opportunity for children and families to be immersed in the language, and for parents to get involved in real life situations where the language is used.

“By coincidence, we are planning for our teaching programs in March to include playing traditional Greek games, in which children will use the language, so that can compliment Speak Greek month.”

Tasos Douvartzidis, chair of Community Languages Australia, the umbrella body that unites ethnic schools across Australia, said that the project was to be applauded.

“There is a need to take a positive approach to embracing the Greek language, and not enforcing it,” said Mr Douvartzidis.

“We need positive pathways to see that speaking Greek becomes, let us say ‘trendy’ within households”.

The Speak Greek in March project will look to gather momentum in the new year with consultations planned with media outlets, schools, teachers, community organisations and other stakeholders.