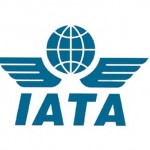 The International Air Transport Association (IATA) announced global passenger traffic results for June showing a modest deceleration in demand growth compared to the prior month. Total revenue passenger kilometers (RPKs) rose 4.7% over the year-ago period, which was below the 6.2% year-on-year increase recorded in May 2014. June capacity (available seat kilometers or ASKs) increased by 5.0%, causing load factor to slip 0.2 percentage points to 81.5%.

“June traffic growth at 4.7% is encouraging even though it is a slight weakening on May’s performance. Earlier signs of a softening in demand are dissipating. While that’s good news there are many risks in the political and economic environment that need careful monitoring,” said Tony Tyler, IATA’s Director General and CEO.

Domestic travel demand rose 3.4% in June compared to June 2013, with the strongest growth occurring in Russia and China. Total domestic capacity was up 3.8%, and load factor slid 0.3 percentage points to 81.7%.

“Demand for air travel and the connectivity it provides remains strong. But uncertainty in the global political and economic climate has the potential to negatively impact demand. Risk is today’s reality, whether it’s conflict in the Middle East, sanctions and an impending trade war with Russia, possible default in Argentina or the Ebola outbreak in Western Africa. All have the potential to dent demand. We are optimistic that the industry will still end the year with an improvement in profitability over 2013. But the regional impact of some of these risks will challenge some airlines more than others,” said Tyler.

“One of the biggest regional challenges could be Ebola. Travelers should be reassured that airlines are coordinating closely with the World Health Organization (WHO) and the International Civil Aviation Organization (ICAO). WHO currently advises that the risk to travelers is low and is not recommending travel restrictions or border closings. If, however, a passenger feels unwell it is always advised that they seek the advice of a doctor before traveling,” said Tyler.

“The aviation community has worked with WHO and ICAO in several challenging public health situations during recent years. As a result, guidance and procedures have been developed to keep travel safe. These include procedures for front line staff to detect those potentially infected and handle them appropriately. IATA continues to work with WHO and ICAO to ensure that airlines are well-prepared to deal with the situation however it unfolds,” said Tyler.