Αρχική Airport Athens among the most efficient airports in the world 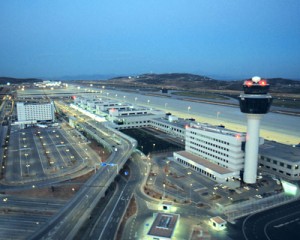 In Europe among the most efficient airports in the world, Athens International Airport (Greece) is the first with fewer than 15 million annual passengers.

The ATRS Global Airport Benchmarking Report compares the operational and management efficiency, as well as cost competitiveness, of 200 airports and 26 airport groups in North America, Europe, Asia and Oceania.

Atlanta International Airport is the most efficient airport in the world, for 2014, according to a comprehensive ranking of global airports, conducted by a team of international aviation academics at the University of British Columbia’s Sauder School of Business.

“Our report finds that the highly efficient airports are more likely to generate a large share of total revenues from concession and other retail activities in terminal buildings, as well as parking, office rentals, and real estate development on airport lands,” says UBC Sauder School of Business Prof. Tae Oum, who led the study. “We can also see that airports that outsource terminal services, ground handling and other services also achieve high efficiency.”

Atlanta generated 65 per cent of its total revenue from non-aviation activities, compared to the average of North American airports, which derived about 50 per cent of their income from the alternative sources. This marks the eleventh year Atlanta has placed first in the rankings.

The world’s most efficient international airports

The ATRS Global Airport Benchmarking Report, which first launched in 2000, is the most comprehensive independent evaluation of global airport performance.

The report ranks management efficiency using a ratio that divides the output index (total number of aircraft movements, passenger and cargo volumes and non-aeronautical revenue generation) by the input index, which consists of full-time equivalent employees and other operational inputs, including outsourced services.