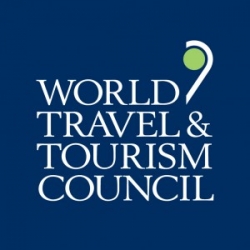 The World Travel & Tourism Council (WTTC) announces that it will hold its 15th Global Summit in Madrid, Spain, in April 2015.

The Global Summit, which is the biggest annual gathering of Travel & Tourism leaders, will be held on 15-16 April 2015 and is to be hosted by Ministerio de Industria, Energía y Turismo del Gobierno de España; Comunidad de Madrid and Ayuntamiento de Madrid.

The venue of the next Global Summit 2015 was presented today in Madrid, with the attendance of David Scowsill, President  & CEO of WTTC, Isabel Borrego, Secretary of State of Tourism of the Government of Spain; Ignacio Gonzalez, President of Comunidad de Madrid and Ana Botella, Mayor of Madrid.

Scowsill said “The WTTC Global Summit is the most influential Travel & Tourism event of the year, bringing together around 700 leaders, to tackle some of the most pressing issues facing our industry today. Travel & Tourism is a major generator of jobs and economic wealth globally, contributing 9% to global GDP and providing 1 in 11 of all jobs on the planet. The Global Summit will ask what more the public and private sectors can do to generate long-term sustainable growth in Travel & Tourism across the world.”

Spain is a major Travel & Tourism economy. According to WTTC data the contribution of the industry to Spain’s overall economy is $161 billion – the 7th highest of any country in the world – and supports 2.7 million jobs. Similarly, UNWTO ranks Spain second in international tourism receipts, second to the US and 3rd in terms of international arrivals.

2013 has been a historic year for Spain after receiving 60.6 million tourists, 5.6% more than the previous year. These travelers spent 59,082 million euros, which means an increase of 9.6% respect 2012. The contribution of the tourism sector to the country’s GDP was 10.9% and represented 12% of total employment.

Scowsill continued: “I am very pleased that Madrid has been chosen as the host for the 15th Global Summit in April 2015. It will be held in Europe for the first time since 2007, providing the perfect opportunity to demonstrate the economic and social importance of Travel & Tourism to consumers and governments in Europe and across the world. Spain is one of the largest Travel & Tourism economies in the world and hosting the Global Summit will enable its capital to showcase its tourism assets.