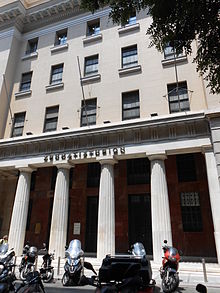 Belief that a rate hike by the U.S. Federal Reserve might not come as soon as some had feared further spurred the relentless rally in euro area debt, sending borrowing costs back towards multi-year lows in many of the zone’s most vulnerable countries.

A car bomb in central Athens failed to rattle the market, as 20 billion euros of orders were placed for Greece’s five-year bond sale, allowing it to make one of the fastest ever market returns of a defaulted sovereign.

This was one percentage point less than the 5.90 percent yield at which Ireland, the first country to come back to market, sold its five-year bond in July 2012, but slightly below the 4.90 percent cost for Portugal’s sale of similar maturity paper in early 2013.

“Its a great success for Greece … and now they have tangible evidence they can fund themselves in the market,’ said Michael Leister, a rates strategist at Commerzbank.

Ireland too capitalized on demand, offloading 1 billion euros of 10-year bonds at auction. Portugal is scheduled to hold auctions this quarter as it looks to exit its EU/IMF bailout program.

“It <Greece’s deal> also bodes well for the periphery in particular for Portugal which is likely to use this tailwind to probably go ahead with a bond auction. This is still simply a reflection of central bank policy and that liquidity is ample.”

Portuguese and Spanish 10-year yields fell 4 basis points on the day to 3.90 and 3.17 percent respectively. Italian and Irish equivalents dipped 2 bps to 3.17 and 2.92 percent, respectively.

TOO EARLY FOR SOME

While Greece’s return is broadly seen as positive for market sentiment, many European investors were unable to take positions in its bonds which are rated deep in junk territory.

“We didn’t participate. Given the rating … it’s not really the turf of a traditional bond investor, even if it’s a euro zone issuer,” said Jozsef Szabo, head of Global Macro at Aberdeen Asset Management.

“We remain prudent about the underlying debt dynamics of Greece and its sustainability and preferred not to participate on this issue,” said Sylvain de Bus, a senior fund manager at asset manager Candriam which has participated in both of Portugal’s previous debt sales.

Banks managing the Greek deal said more than 550 accounts placed orders for the transaction, but some market participants said the fact the yields on other Greek bonds were rising was evidence that not all investment was likely to be new money.

Greek 10-year yields were the only eurozone government bonds that did not rally on Thursday, rising 6 bps to 5.98 percent. They still, however, remain below the 6 percent level they breached on Wednesday for the first time since early 2010.